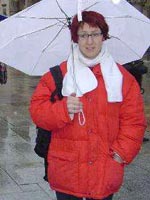 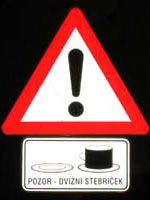 Exchanging money in Ljubljana is as easy as spending it - just look for a sign that reads 'Menjalnica' or 'Exchange.' Avoid exchanging your money in the train station or a hotel because the rates won't be to your liking. A few travel agencies do it for free, or changing in the post office (Posta) is also a good way to go. Everything is closed on Sundays, so don't leave it 'til then, otherwise you'll have to do it in a hotel.

Whatever you do, don't refer to Slovenia as Eastern Europe! It's a serious no no. It's a central European country on the southern side of the Alps. It most definitely is not, I repeat, not in the east! This mistake can cause offense, especially amongst the younger population.

Calling for a taxi is free and the fare will be cheaper than hailing one from the rank.

Wanna call home? Then you need to get a phone card. These can be bought from most kiosks, although we recommend buying them from the Posta because they'll sell you the one that you need, not the one that costs the most money with the shortest call-time. Also there are phones that you can call from in every post office.

In bars and restaurants, tips are appreciated but not expected. Taxis are a different story, however - you should add a couple hundred tolars to the bill.

Slovenes aren't big fans of haggling. If it says 5000 then you'll pay 5000. No exceptions, so don't even bother trying.

Slovenes enjoy letting their hair down, and not just on weekends. As such, Pubs and clubs frequently stay open until the last guest leaves.

Slovenian weather is like David Beckham's hairstyle, always changing and always unpredictable. As such, most Slovenes carry a small umbrella in their bag (though they won't admit it).

The most popular foods out on the street here are actually Serbian and Bosnian treats, so don't make the mistake of calling it Slovenian food, mainly because it will also be a Serb or a Bosnian serving it to you. He might not take too kindly to your mistake.

Where's the toilet? Boys go through the door that has an 'M' on it, girls take the door with the 'Z'.

Above: Don't leave home without your shower defense!

Below: Slovenian cafes serving bad coffee are obliged to warn their customers

You say "Exchanging money in Ljubljana is as easy as spending" NOT SO - Two banks and a big Post Office have refused to change Hungarian , or Polish bank notes - so far.

"Taxis are a different story, however - you should add a couple hundred *tolars* to the bill." http://en.wikipedia.org/wiki/Slovenian_tolar It is Euros (from 2006)!

I agree, I was ripped off after getting a taxi and beaten when I refused to Pay Ä70 demanded.

Watch out for the Taxi Drivers. I know they are bad all over the world, but they will have no qualms with charging double for your journey and/or taking very long routes. Agree a price up front. Locals or people working in bars/restaurants will give you an idea of the 'maximum' it should cost and are happy to do so. Also, if you do arrange a cost up front - MAKE SURE THEY DON'T START RUNNING THE METER ! ! !