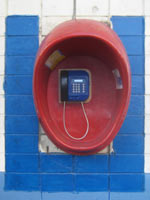 As of autumn 2005 citizens of the following countries can now visit Ukraine without a visa on short-term tourist, business or private travel of up to 90 days: USA, Canada, Japan, EU nations, Switzerland, Liechtenstein, Andorra, Vatican, Iceland, Monaco, Norway, San Marino, Mongolia, Lithuania and the countries of the Commonwealth of Independent States (except Turkmenistan) This means that you may enter the country with just your passport and stay for up to 90 days within a six month period. If you are not from one of the countries listed above or are coming to Ukraine for a longer period of time, you will need to get a Ukrainian visa. 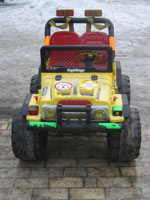 There are plenty of ATMs in Kiev although they tend to be a little less reliable than in Western capitals, so it's worth keeping some cash on you to tide you over. Best to arrive with US Dollars, Euros or Russian Roubles as these are the easiest currency to exchange. Underneath Independence Square you'll find a bureau de change that offers good rates on most major European currencies.

Taxi rates can vary quite a bit, especially if you are a foreigner stranded at the airport or train station. It's safest to negotiate a fee first - and drive a hard bargain if you can!

Tipping is becoming increasingly accepted (and expected) in Kiev, and those flirtatious glances your waitress is giving you don't mean that it's your lucky day. At swanky restaurants ten percent is the norm, although you should be able to pay face costs at lower class establishments without getting a dirty look.

The service in ex-Soviet states is famous for being, well, awful. It's a stereotype that's true for the most part, so don't expect to get things the moment you ask for them. Just be grateful if you get them at all, and chalk it up as a cultural experience.

Kiev in winter is not a mild affair, whilst summer can be scorching hot. Dress accordingly or you could be in for an uncomfortable stay.

Whilst in Kiev you'll encounter a lot of youths drinking on the streets. No need to avoid them - in fact much better to join them! Drinking in public places is perfectly legal in Ukraine and until you've been sunbathing in Hydropark in summer, kvas in hand; or else huddled in the warmth of an underpass shaking the icicles off your beer, you haven't experienced life in Kiev!

Drinking tap water in Kiev is not highly recommended. Better to be on the safe side and buy the bottled stuff - it's dirt cheap and could save you spending your holiday on the bog!

When it comes to queueing it's often a case of survival of the rudest. Make sure that babushka doesn't steal your spot by leaving minimal space between you and the next person and by giving her preemptive dirty looks.

Ukrainians simply adore flowers. However if you want to win the heart of your new found sweetheart then make sure you give her an odd number. An even number is bad luck and these Slavs are a superstitious lot!

Above: I just called to say "ja tebe kokhaju".

Below: Kiev is fully equipped for Lilliputians

Guide me UA Karen: Amazing tour with Olga! Highly recommend this company - prompt responses, cool guide, good service. D.Fleur Elva: I read this article fully concerning the difference of newest and previous technologies, it's amazing article. Domino kiu kiu D.Fleur Leonora: Very energetic article, I liked that a lot. Will there be a part 2? Kjøp Tottenham Hotspurs Fotballdrakt D.Fleur Wilburn: Hi there, I enjoy reading through your article post. I like to write a little comment to support you. Arsenal Trøje