There's no getting away from it, Croatian - like any language from the Balkan/Eastern European region - is going to be pretty tough to master for the average tourist. It's probably fair to say you won't have grasped enough to be talking politics with the natives any time soon! As seems to be the case in most former Communist countries, young people show an unflinching determination to catch up with their western European counterparts with their grasp of foreign languages - and, as such, youll probably get by just fine with your pleases and thank yous in the majority of places.

However, you never know where a few words of the native lingo will get you, whether it be the ace in the hole, as you bargain with the old lady selling handmade ties, or the golden words to unlock your Croatian beautys heart It's never a bad idea to learn a few words or phrases and we at Zagreb Life are on hand to help. 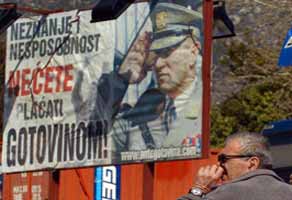 There are a whole range of Croatian words which look pretty similar to their English equivalents, so signs such as POLICJA, RESTORAN, HOTEL and TAXI are hardly going to tax most travellers, but here are a handful of others that may be useful: bus station - autobusna stanica
train station - glavni kolodvor
tram station - tramvajska stanica
airport - aerodrom
street - ulica
square - trg

If however, youre looking to meet the guy/girl of your dreams, you may want to follow up your phoney request for assistance with one of these pearls I love you - volim te
I don't like you - mrzim te
beautiful eyes - dobra guza
dance with me - ajmo plesat
hold my hand - dr' me čvrsto


Luckily for your good selves, the Croatian language is completely phonetic that is to say words are pronounced exactly as they are written. Thats the easy part. The more difficult part comes with the 8 characters you wont find in the English Language and how they should be pronounced. Dont worry, weve done out best to provide you with all the vocab essentials as well as well as a quick introduction on how to pronounce these alien characters. Here comes the bonus round...

Great sum up of Zagreb!! However, I don't think I can go far on the language though!

maybe there are people that can pronounce...give tips not comments and be more helpful not everyone is stupid like you

Well a right comedian assisted with the 'helpful' Croatian phrases. Rest assured, "dobra guza" (nice bum) does not mean "beautiful eyes" (lijepe oci). The resident comedian is setting up foreigners for a slap in the face! Naughty, but funny.

Are you kidding? This page is brilliant! Borderline genius!

Guza means ass! The Croatian word for eyes is oci (with c as in CHocolate)! I live in LA and really miss Zagreb :(

Everything is fine except for cofee and good evening. Words you have listed are from serbian language. Croatian for cofee is: "kava" and for good evening is "dobra veËer".