Many Europeans are championing Ukraine's validity to join the EU. On the other hand, many Russians feel that these lands are rather more a part of their family. As it is, today's government is braving the European route. The history of this country is a complex one, yet in Western Ukraine at least, the hallmarks of a rich European heritage are plain to see, and it is in Lviv that one finds the best reflection of this.

Besides a brief period during World War 1, Lviv was never governed from Moscow until as late as 1939, the year when Soviet troops marched into the city. Up until this period the reins of power were divided mainly between the Poles and the Austrians, whilst the most remarkable aspect of the city's population was its diversity. This cosmopolitan legacy stretches all the way back to the medieval era, when Italians, Germans, Armenians, Greeks, Jews, Scots, Englishmen as well as Poles and Ruthenians (Ukrainians) all settled in the city. Up until 1939, Lviv boasted three thriving cathedrals: Roman Catholic (mainly Polish), Greek Catholic (mainly Ukrainian) and Armenian Catholic, as well as a number of imposing synagogues and smaller houses of worship.

The Lion City takes its name from Prince Lev of Halychyna, whose descendants died out in 1340, after which the region came under Polish rule. A key factor during this era was the city's treasured 'right of emporium'. Lviv (Lwow in Polish) was perfectly poised to take advantage of the trade between east and west, and the privileges of 1379 boosted the city's stature as a lynch-pin on the Baltic and Black Sea routes. All merchants passing through the region were obliged to stop for two weeks in Lviv, thus giving the city immense powers.

Lviv was ravaged by fire many times over the years, whilst Turks and Tatars became the most persistent military foe, and, to a lesser extent, Cossacks. However, for several generations the city and its mixed population managed to bounce back. Following the raids of the mid-seventeenth century the city was given the rare distinction of being ennobled (1657). 'We desire' records the Royal diploma, 'to confer fresh honour on the city of Lwow and its burghers, subjects of us and of the Republic, subjects of Catholic, Armenian and Greek faith...' It was during this period that the motto Semper Fidelis (Always Faithful) came into being.

However, the decline of the Commonweath of Poland-Lithuania had begun to set in. Later attempts at reform only speeded the country's demise, as Russia, Austria and Prussia were not well-disposed towards the idea of a revived Poland. Lviv fell to Austria during the first partition of Poland in 1772, and, besides the briefest of changes in 1809, when Napoleon's Polish forces seized the city, Lviv and much of the surrounding region remained a part of the Habsburg Empire until 1918.

Lviv (now renamed Lemberg), became the capital of the Austrian province of Galicia. Cracow was its second city. Austrian rule was initially repressive, and the old Jan Kazimierz University was closed. However, as the Imperial ship began to flounder, the Habsburgs attempted to win the loyalty of their provinces through the bestowal of autonomy. Ruthenians (Ukrainians) and Poles took respectable state positions, and both communities opened numerous schools throughout the region.

However, tensions between the Polish and Ukrainian populations began to simmer as many Ruthenians felt that the Poles had taken the upper-hand, and indeed, not all Poles wanted to grant Ruthenians an equal standing. When Austrian power disintegrated at the close of the First World War, the Ruthenians seized control of a number of key enterprises and declared a Ukrainian Republic. The Poles fought back and a tragic battle commenced. At this time, most able-bodied men were away on military service, and thus it was largely teenagers who took part in the fighting on both sides. Aided by reinforcements, the Poles eventually won, but the conflict left a terrible bitterness between the two communities.

The Great Powers sanctioned a reborn Poland after the Great War, but the Ukrainians had no such luck. Lviv, now called Lwow again, became an important city in the new Poland. The city flourished. However, the seeds of discontent had been sown, and there were occasional attacks on the Polish state throughout the inter-war period by Ukrainian guerilla forces, a factor that prompted tit-for-tat raids by the Polish military. The Ukrainians (mostly Greek Catholics) were in the majority in the surrounding countryside, whilst the Poles (Roman Catholics) held a majority in the city. Meanwhile, Soviet handling of the Ukrainians over the eastern border, where millions perished as a result of Stalin's policies (which included cleansing of the intelligentsia and organized famine) reinforced an uncompromising spirit in many young Ukrainian nationalists.

The Soviets invaded Poland in September 1939, in tandem with the Nazis from the West. The Soviets held Lviv for two years, and deportations of the intelligentsia began alongside nationalizations of businesses. When the Germans turned on the Russians in 1941, many Ukrainians saw the new arrivals as a potential liberating force. Some Ukrainians fought with the Germans against Stalin on the Eastern front, and a minority took part in liquidation campaigns aimed at the region's Jews. Lviv's ancient Jewish community (75,000 strong in 1939) was decimated during the Second World War, and all synagogues were burnt.

Nevertheless, the Germans turned on the Ukrainians. Opposed on all fronts, nationalist guerillas began a campaign of freedom on their own terms in the countryside, cleansing villages that would not co-operate. Some of this activity was not pacified until as late as 1947, when Russian troops combined with the now communist Peoples Army of Poland launched the notorious Operation Vistula, which also saw the deportation of ethnic Ukrainians within Poland's new borders.

The Western allies had consented to Stalin's wish that Poland's border be moved West in 1945, and Lviv became a part of the Soviet Union. Most Poles were compelled to emigrate to cities in the New Poland.

Western Ukraine was joined to the so-called Ukrainian Soviet Republic (formed in 1917) whose capital was Kiev. However, as a part of the Soviet Union, this nominal Republic was on a tight leash. The Ukrainian language itself was banned and churches were closed. Throughout the Soviet era, only one house of worship remained open in Lviv, the Roman Catholic Cathedral.

All the same, the city became an important bastion of resistance to russification, and the Ukrainian language itself was kept very much alive within the family orbit, if not in the workplace. When the Soviet Union began to fragment in the wake of the fall of the Berlin Wall, Lviv emerged as one of the champions of Ukrainian independence, which was declared on August 24th 1991.

Travel between Poland and Ukraine had been extremely difficult during the Soviet era. But Polish-Ukrainian relations were marked by their increasingly positive nature, a state of affairs that was strengthened with the coming of President Viktor Yushchenko. Poland's President, Aleksander Kwasniewski, had been a strong supporter of Yushchenko during the Orange Revolution, as it was dubbed. Following the latter's election, the two leaders endeavoured to lay old ghosts to rest, as was symbolised by events such as the re-opening of the Orlat (Young Eagles Cemetery) in June 2005. The same month, senior members of the Polish and Ukrainian clergies proclaimed a reciprocal forgiveness for the countries previous animosities. 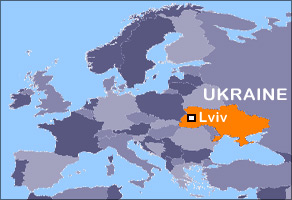 What about Danzig and Breslau? I think if we start to get into pointless debates like these, it adds nothing to building peace and prosperity for the future of these once blood soaked lands.

The information is very good

Lwow is Polish! for centuries- since Mieszko I in 960s, it has been in Polish hands for the majority of the time. The massacre at Katyn during World War II- thousands of Polish Intelligentsia (generals, teachers, policemen, lawyers, landowners) were taken from Poland INCLUDING LWOW, massacred and buried in mass graves-around 22,000. Yes Lwow has been a multicultural city, with a majority of POLES though, then Ukrainians... It's a shame to see Lwow, which has been so rich in Polish culture being reduced to only a memory of Poland. There are still so much Polish people there, and now I hear they are being discriminated against for being Polish- not being allowed to set up Catholic Churches for example...

Darek, 64 years for you means ALWAYS! You can not remember more. L'viv always was Ukrainian and ocupants have to pay for it's ocupation. Prepare money!

Lidia there is one "small" thing: Lwow is the city which ALWAYS (exept last 64) years belonged to Poland and alaways was a part of a Polish history and culture. We do not claim Kiev or Odessa as Polish but Lwow is part of our history.

i like the article,i hope all the polish people out there are not going to scream (as awlays they do) that lviv is their city, we dont day that Krakow is ours.

Hello, I liked this article, it's written objectively for me. But there is one quite big mistake. Austrian Empire dissolved after First World War, not after the WWII. Greetings from Silesia