In the past few decades, Czech cinema has earned a reputation of being cutting edge, occasionally risqu?. What exactly distinguishes it from Polish cinema or French cinema (or Hollywood blockbusters for that matter)? 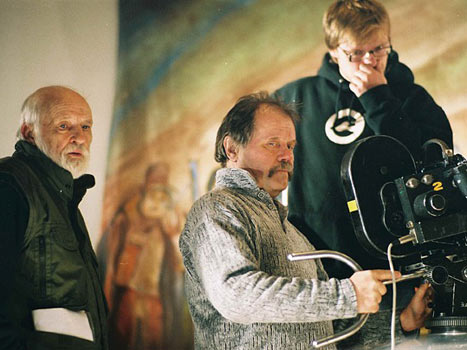 Czech film history essentially begins with the "Czech New Wave" of the 1960s. The fundamental filmmakers of the era to know are Milos Forman, Jiri Menzel, Vera Chytilova, Jaromir Jires and Ivan Passer, all of whom made their debuts in or around 1963. Though the directors are grouped together by era and geography, they form no specific schools, either stylistically or ideologically, rather exploring a variety of genres and styles while producing internationally acclaimed work through most of the rest of the decade. Unlike the French New Wave, or most of the rest of Western cinema at the time, the Czech New Wave didn't take their cues from Hollywood, but rather from Czech literature, disregarding for the most part classic cinema of the bygone era, preferring to focus on the reality of everyday people.

In a way, Czech cinema couldn't escape the circumstances of the nation under a Soviet communist chokehold. Grounding film in Czech literature was a way to ensure that national identity would live on despite efforts of Russofication. The ban of "bourgeois" Western influence meant access to American cinema in particular was made more difficult, if not dangerous. Meanwhile, as the government passed off fabrications as fact, brave filmmakers sought to show reality and real peoples' concerns as honestly as possible.

For filmmakers, as for many Czech artists, Czech writers and Czech musicians, the end of the Prague Spring signaled the end of their creative careers, at least legally and in the country. Milos Forman, Ivan Passer, and Jan Nemec left the country, while Jiri Menzel and others who decided to remain were subject to strict censorship and compromise. After the Velvet Revolution of 1989, the 1990s brought freedom but little of the original creative energy to the now-aging New Wave generation, but it also brought a whole new generation of filmmakers to the forefront.

With the entrance of democracy, the political ceased to be all consuming, and films could once again entertain instead of being bound to criticizing the communist authorities. Now free to explore the questions of human reality, Czech cinema in the 90s and 2000s has had a large degree of continuity stylistically and thematically with the Czech New Wave of the 60s. While some directors of the new generation looked back at the country's communist experiences, many decided to focus on the numerous problems facing the Czech Republic in the present, including sex trafficking, drugs, boredom, and the uncertainties, both in careers and in love, facing young adults growing up in the new democratic EU member state.

Czech filmmakers didn't just stick to the medium of film - animation, both stop-motion, claymation, and drawn, hold a high place in Czech cinema. Most of the credit for its acclaim belongs to the most brilliant and well-known exponent of this trend, Jan Svankmajer (pictured above on the set of his latest film, Lunacy). Most often described as dark, grotesque, and above all surreal, Svankmajer made short animated films from the 1960s to the 1980s, principally with stop motion animation but also using live action, live puppetry and other techniques. In the late 80s his use of live action increased, though his full-length films usually featured some animated sequences as well. His last film, Lunacy, is regarded as a summing-up of all of Svankmajer's theories and techniques throughout his career, with animated sequences involving moving pieces of meat in between the live action film, set mostly in an insane asylum. The film, like most of Svankmajer's work, heavily criticizes society while questioning its very criticism and right to hold to any theory, all immersed in a surreal and often grotesque reality.

Though many of these films have been classics since before we were glimmers in our parents' loins, they're still often shown at Prague's many cinemas (which are conveniently listed in our entertainment directory), and occasionally at the several yearly film festivals in Prague.

Who the hell wrote this article ? Czech film history begins in 60s ? Czechoslovakia was one the first countries in the world to start mass movie production in 1920s. Czech prewar cinematography is extensive and diverse....

Tried watching a Czech film but could not follow a thing !

I wonder if there is a cinemathèque or movie museum in prague? If yes, what is the name and location of it and do they have a website?

I am very thrilled to see all the 1960s and modern Czech films. As a journalist I am specially interested to find the autobiography of this wonderful 196os film actress Jitka Bendova. Can you help?