The Dutch seem to have a natural aptitude with languages, with most comfortably speaking two or more languages fluently. While the number in Amsterdam may likely be even higher, 89 per cent of Dutch people across the country have good knowledge of English. This means that you would actually have to go to great pains to find someone unable to communicate with you in English during your stay in Amsterdam, a fact which must surely contribute to the city's continued popularity with tourists.

English is everywhere in Amsterdam, so while you won't need to learn a few words of Dutch to get by, it doesn't hurt to show you've made an effort. And there's no better way to make some new local friends than with a few wobbly attempts at their native language! Below you'll find a few fun tips for getting by in Dutch. 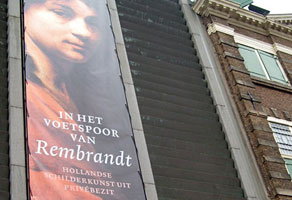 Correct pronunciation is not always easy, even for the Dutch! Some famous tongue breakers for native Dutch speakers are:


The Dutch language, ("Nederlands", in Dutch), is a West Germanic language, and is closely related to German and English. It is spoken not only in the Netherlands, but also spoken in a variety of dialects across the world, such as in Belgium where we know it as Flemish. Dutch is also spoken in several Caribbean nations such as Aruba and Curacao, as well as the South American country of Suriname. Because of The Netherlands' colonial connection with Indonesia, Dutch remains in many historical and legal documents in that country. Last but not least is Afrikaans, a Dutch dialect which morphed into its own distinct language by the farmers who settled in South Africa and is still used by many today.