When people talk of Warsaw, Nowy Swiat (literally, New World) always finds its way into the conversation. You'll find it on postcards, promotional videos - the works. And not without reason, this second leg of the Royal Way is another Varsovian charmer. 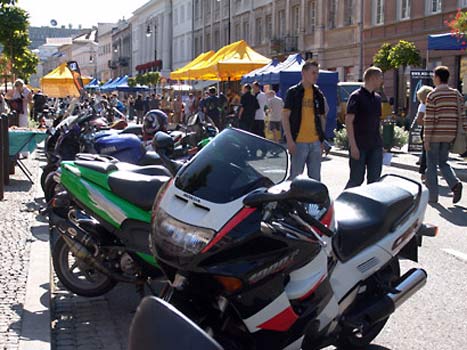 Historically, this was the street where the nobility set up its manors and palaces. As soon as Warsaw gained its 'capital status,' scores of monumental constructions, rivaling that of the King's own domicile, were quickly erected. Today, many of these sites can be toured; they're also easy on the eyes for the casual stroller in your party.

In addition to its historical merit, Nowy Swiat has garnered much (deserved) attention as a popular spot for recreation and shopping. Boutique restaurants, bars and shops line the way. On any given day you'll find the cream of Warsaw spending their hard-earned money around these parts. Star-gazers will enjoy this one.

yes there are apartments for rent I have one

it's great and i hope i'm going to come there

Are there apartments for rent on Nowy Swiat or is it only commercial?

Nowy Swiat has no obvious marks, and no collective memory of the crime of 1945. The criminals got away, why we also think of sight of mind; or we think: lets pretend. Nowy Swiat better than survived the genocide. The genocide was directed at the ancient Polish hereditary lines to replace them. One of the suspects is WMSS (but not only) and that is confirmed. Is confirmed on whom Poles voted from abroad. For what do we vote like that? genetic lines ines however are not replaced, or not fully replaced where abusers counted on it. People of Nowy Swiat might not know due to denial of pain or might not have known former lines. These lines were Jewish too, which helps the rest of the world now to relate emotionally, but when you dead it does not matter already. It matters to one of them to express that was not suppose to be Poland, and he knows it because he himself was deciding that. Once you lose one, is easier the next time. Since some things matter only when you alive, we are to talk more against as well directed genocide as one on Nowy Swiat was. In case you see something/ body, be get what to do.