Getting around St. Petersburg 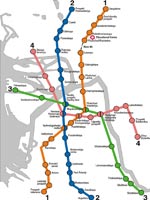 Above: Bring your compass Below: Travel by Volga - it would be rude not too! 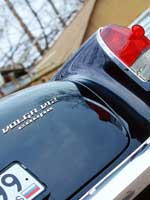 Whilst nowhere near the beast that is Moscow's Metro system, St. Petersburg's four lines can disorientate, mainly due to the absence of Latin letters. If you can't read Cyrillic you could easily end up waiting for the first train home on the wrong platform, and be left at the mercy of benevolent comrades to set you straight... Other than that though it's a piece of cake! There's one price no matter how far you're going, and tickets are cheaper if bought en masse.

Official taxis tend to be expensive - especially if you have the grave misfortune of needing to go to the airport. Calling a reputable company in advance and getting a quote can save you plenty of roubles, although there's no guarantee the person on the end of the receiver speaks English. If you want to 'go native' then you can always throw caution to the wind and hail down a citizen taxi. 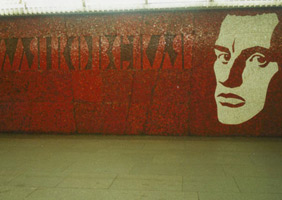 Neither Russian roads nor drivers are known to be the safest but if you're determined to go it alone there are a number of car rental services you can take advantage of. You need to be 21 years of age and have one year's driving experience. After that you're ready to engage potholes and drunk-drivers in a fight 'til the death... Don't say we didn't warn you!

By buses, trolleybuses and mini-buses

Filthy cheap and not totally unreliable, buses and trolleybuses aren't a bad option for getting round town, as long as you know exactly where to get on and off. Meanwhile the little mini-buses that scoot around town can be flagged down as if they were a taxi. Generally speaking tourists will find the metro easier to navigate, but if you do venture on board you're sure to have plenty of fun playing pass the parcel with everyone's ticket and change.

Once known as the 'City of Trams', St. Petersburg is phasing out these transportation relics as they have proved too obstructive to other traffic. If you do find yourself 'tramming it' then you be sure to get a ticket from the friendly conductor. 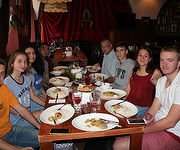 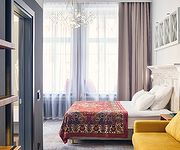