Riga girls like to kiss... or that's what the song says. As with everywhere it depends entirely on the girl - but what is certain is that the predominantly Latvian and Russian women who live in the capital are more than a match for their reputation as being among the most stunning in the world. 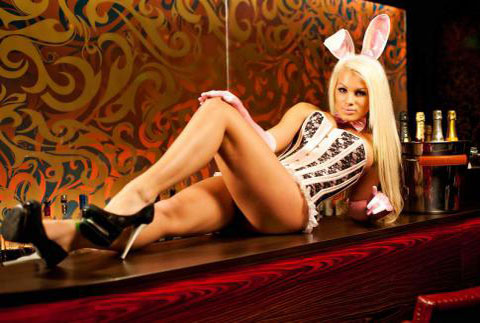 In dealing with the first situation, just loosen up. She's not going to eat you (though this may be available for a price). Just because the elegantly but sparsely-clad angel who is smiling at you across the dance floor in the club looks like a women you've only ever seen when you've been asleep or on the internet, the fact remains that she is smiling - getting up close and personal is a step closer. So don't make things more complicated than they have to be; 'Hello' is a line that works just about anywhere in the world, Riga included. And if, after it all, she tells you that she prefers handsome men, don't take it too hard; the women of the Baltic states and Northern Russia are notorious for speaking their minds.

If it really is all too much and you can't bring yourself to approaching her without disintegrating into a drooling, stuttering wreck of a man (or you're with a stag party keen to get into the heart of the action as quickly as possible), you could opt to put yourself in the hands of the professionals. One of the side effects of the budget airline boom in tourism to Riga has been a growing number of adult clubs, and while many come and go there is no shortage of visitors to the city willing to take advantage of the range of services available. And the range is just about as wide as your mind is broad... added to which there's the fact that the dancers and entertainers who work in Riga's adult industry are vastly experienced in a) putting you at ease b) putting a smile on your face and c) relieving you... of as much cash as you are willing to part with.

So yes, it's more expensive to dive into Riga's world of adult nightlife than it would be to try your luck at a club; but the odds of finding the Riga girl of your dreams with whom to spend an intimate moment or two are definitely stacked higher in your favour.

Naturally, as a foreigner abroad, particularly if there's alcohol involved, there are going to be unscrupulous parties of both genders who see you as a legitimate target. The story of the guy who was invited to a bar by two beautiful women in some un-named city, then woke up hours later in a bath of ice, drugged and minus a kidney, is undoubtedly an urban myth. Nevertheless, things do go wrong, so keep a level head; stick to the reputable bars and clubs, don't let your credit cards go walkabout, decline offers of romantic walks through ill-lit back streets, don't get into unlicenced taxis or private cars... all the usual common sense stuff. And most of all, remember your manners - if you are in an adult club, your hostess for the dance, the hour, or the night is a person who is working. She wants to earn a living, and she expects to be treated courteously. Check rules about contact, particularly if the exact nature of the venue is ambiguous, and check with the girl herself. It's also worth noting that in this part of the world particularly, gifts are an excellent way to a woman's heart, even in the short term. Whether you want to max out a credit card or two on a string of diamonds is your choice entirely, but she certainly won't turn down even the most extravagant token of affection. You may find a similar situation in some of Riga's 'regular' clubs, but there is absolutely one crucial difference: when it's all over, the beauty you blew a small fortune on in the lap dancing joint is working the next customer when you step out into the cool pre-dawn air. On the other hand, who knows where that chance encounter in the bar or club on a rainy Wednesday night may lead...

Is it possible to get a non-working girl there to have a free romantic night? Will it be very dangerous

Interesting article. Scams happen all the time, but it seems a lot of them started right here in Riga!