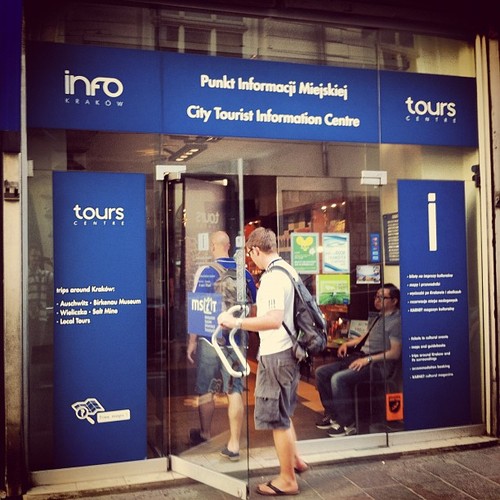 When visiting Malopolska, the tourists' aim is to rest an sightsee, a research by EU-Consult Sp. z o.o. company proves. The poll has been carried out in the 1st and 2nd quarter of 2013 among a random test group of 6006 visitors in Malopolska. The short-staying and long staying visitors have been called guests and tourists, respectively.

The research revealed that out of 12.6 million visitors, 9.9 million were Polish, spending in the city of king Krak 811 zlotys on average. On the other hand, a foreign tourist would spend nearly twice as much - 1580 zlotys on average. The total increase noted by the city's piggy bank in 2013 is ca. 10.5 billion zlotys. Still, it is ca. 2 percent less in comparison to recent years.

When it comes to foreign tourists, Krakow is still popular among British (28.8 perc.) and Germans (16.4 perc.), with visitors from Russia, Italy and USA right at their heels. What has declined is the precentage of tourists from France.

Among foreign visitors car and plane are still the most popular means of getting to Krakow (35 perc. on average), whereas trains and coaches are on the slide. When staying overnight, the most popular option for 57 perc. of foreing guests are 3- and 4-star hotels.

Nevertheless, the atmosphere of the city atop of kindness, hospitality and tourist attractions are what makes Malopolska and Krakow famous. The least appreciated aspects of the region are lousy transport (less than 4 points on a 5-point scale), with some complaints on filthy public space from the foreingers. Admissions and prices in restaurants are also scorned at, as is general pollution, though the general level of satisfaction is very high (56 perc.) i and high (38,9 perc.).

According to Leszek Zegzda, the chairman of Malopolska Tourist Organization, year 2013 was quite special due to several evens, such as several new enlistings on UNESCO World Heritage List. "This is a proof of the historical potential laid in our hands" he stressed.