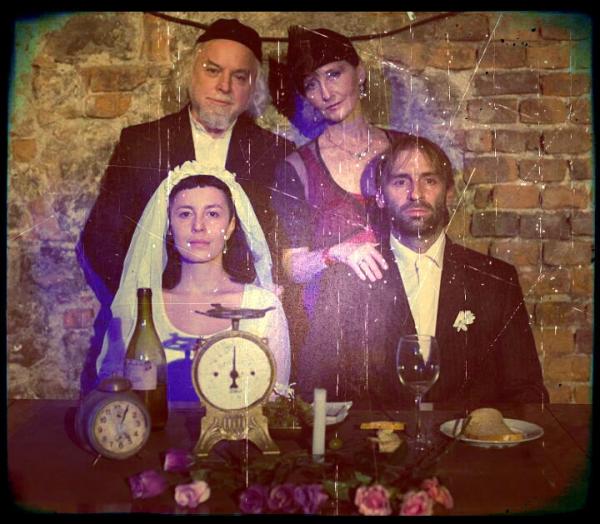 Entertaining for 10 years now, the Barakah theatre is one of the most interesting venues on Krakow's cultural map. It concentrates the creme de la creme of Krakow's actors, and is favoured by the bigwigs of culture and science.

By 2012 the theatre has hosted 11 premieres, and all of them have been warmly welcomed by the audience and the critics. Some of them have even been awarded at various national and international festivals. Barakah has even been awarded with a prestigious Leon Schiller award, granted by the Polish Scenes' Actors' Association in 2012.

Though so attached to its tiny, intimate space in the Klezmer Hois underground at 6 Szeroka St., the institution decided to expand. By doing so it took under its wings a disused, historical building of a former Jewish mikvah, where previously a seat of Tear Laznia was located.

- We're not shutting down the scene at Szewska, it will be used as a second one. The main scene of our theater will be 28 Paulinska St., just a stone throw from Kazimierz's nightlife hotspot, Plac Nowy" said Monika Kufel and Anna Nowicka, the founders and the spiritus moventes of Barakah. "We trust that by launching Paulinska we will revive this part of Kazimierz and give it a more cultural touch" stress the theatremakers.

Apart from the cultural function, the soon-to-be-opened theatre will include a cafe bar and exhibition space. The adaptation works at Paulinska St. began of the theatre's own funds, however the initiative needed external support. Owing to generous sponsors the venue will be opened any day now.