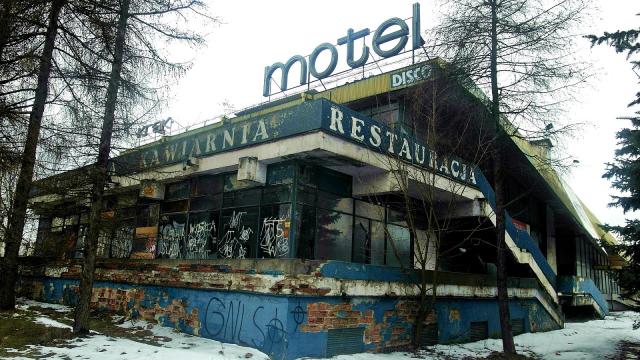 The city has had it with constant paying for maintenance and security of the dilapidating building and decided to put it for sale. The starting price is 26 million zlotys.

"The lot's location is very attractive for potential investors, and we hope that their offers will be equally attractive" said Monika Chylaszek, the spokesperson for mayor Jacek Majchrowski.

Built in 1970's at the western entrance road to Krakow, Motel Krak has been dilapidating for many years now. In 1993 a company, Forte, leased the lot for 4 years, with the intention to turn the former motel into a business centre. Later, the contract has been prolongued for 40 years, with no tender, however no works have ever been started. When the city council went to court with Forte for delayed rent payment, Forte had sued Krakow and won twice.

The company has been finally evicted, as a result of another sue, however Motel Krak's ramshackle silhouette has been "welcoming" both tourists and commuters comming from Katowice area. The new owner of the lot will be able to build either a business or commercial object there.