If you thought Latin was tough at school, then 1) it serves you right for going to a posh school, and 2) you ain't seen nothing yet! Caesar and co. may have used a seemingly-over-the-top six cases for their nouns, but the good people of Estonia stop at nothing less than fourteen. Ouch!

Unlike most European languages, which evolved from 'Indo-European', Estonian belongs instead to the Finno-Ugric branch of languages - making it most similar to the Finnish and Hungarian dialects, and not to Russian as many people assume. Its large number of vowels can make it a bit of a mouthful for beginners, but on the plus side there are no genders or future tense (use the present) and the language is phonetic (ie. the letters represent certain fixed sounds which don't change depending on the word - unlike in English!). 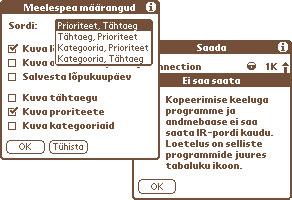 Knowing a few random words in Estonian may not help you talk intelligently on any number of topics, but it can give you a sense of satisfaction that at least you're not the most ignorant tourist out there. Try these on for size: Pilet - Ticket
Raha - Money
Vesi - Water
lu - Beer
Vein - Wine
Kohv - Coffee
Arve - Bill
Tnav - Street
Kui palju see maksab? - How much does this cost?
Kas te rgite inglise keelt? - Do you speak English?


Estonian uses the Latin alphabet minus c, f, x, and y and with the addition of a few extra letters, created with the help of some sinister-looking dots and squiqqles. The latter are pronounced in the following way: is strong like the a in cat, like boot, is like o in word, like o in open. Double vowels keep the same sound but are enunciated for slightly longer. The consonants are similar to English, though softer, and the letter 'j' is pronounced like y in English. The stress falls on the first syllable.

So there's your crash course, now it's time to get cracking! Below are a few words to test out on the locals. They're unlikely to be impressed, but you never know - they might just be charmed!

Tanan-----I would love to have more vocabulary words to study. I have some good friends from Estonia and would love to surpise them by speaking a little of their native tongue. this was a very informative and useful page for me.