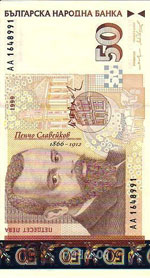 Use of credit cards is not as widespread as in Western Europe but is on the increase. Bulgarians still mainly use debit cards of the local banks. Credit cards are accepted at the better hotels and restaurants, as well as at the big shopping chains and the hypermarkets.

The Bulgarian currency is the Bulgarian Lev (BGN), which consists of 100 stotinki. The fixed exchange rate BGN/EURO is about 1,95. When it comes to money, everything here is pretty much the same as any other European city, although you might have a bit more trouble if you're used to paying with credit cards.

ATMs/Cash Machines (the Bulgarian word for them is Bankomat) are widely available. There are two at the airport - one in the departures hall and one in front of the Bulgarian customs building, which is outside and to the left of arrivals. Strangely there are no ATMs in the arrivals hall. In Sofia, ATMs are most numerous in the center of the city and become steadily harder to find as you move towards the suburbs. Still having trouble with Cyrillic? Well, you'll be happy to know that ATMs allow you to choose your language - pretty standard. Just about the only difference with the West Europeans cash machines is that you are asked for your PIN code after you have selcted the amount you'd like to collect.

All Bulgarian and many international banks have offices in Sofia. Whether you're trying to transfer money, open a bank account or cash a travellers cheque, you will be greeted and served in a good and professional manner. Funny how nice people are when money is involved - again, universal...

Avoid the bureaux de change on the tourist trails and especially the one at the airport. Also, always watch out for commission and poor rates. In general commission is very rarely charged. If you'd prefer this method for exchanging currency, you'd better go to a bank. Never ever exchange money on the street! There are people who would offer you such a "service" and some really great rates... but you will most likely be cheated and robbed instead. Just a heads-up! With the money you save you can buy us a beer!

I would recommend Tavex Gold&Exchange for currency exchange service. The have 4 offices placed in the biggest shopping centers in Sofia Get directions in Google :)

I often use an Exchange bureau on Rakovski street near Slaveikov square (nice book market). Good rates, no commission, mostly cheaper than ATM.

There are two terminals at Sofia airport. In the old one (terminal 1) with the cheaps flights there is an ATM.

I just visited Sofia and got cheated at a change bureau at the beginning of Pirodska street (one of the shopping streets in the very city). The trick was that instead of the exchange rate, they wrote: The margin in % between rate buy and rate sell is 19.50 with a tiny point between 9 and 5. After signing their paper, police can not help you either. I would recommend changing money in a bank or using the ATM 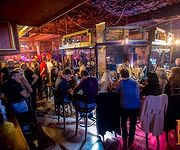