In The Garden Of Memory

In The Garden of Memory: A Family Memoir, by Joanna Olczak-Ronikier

How lucky we are not to have been faced with the choices that dogged the characters of this book. Although In the Garden of Memory is in part the story of the survival of a remarkable literary dynasty, the book illuminates the intense ideological pressures that dogged Europeans of previous generations. The lures of communism, nationalism and straightforward conformity are powerfully evoked here as the book follows the destinies of the Mortkowicz family from the late nineteenth century until today. Patriotic to Poland - which did not even exist when they initially moved to Warsaw - the family founded one of the most distinguished publishing houses of the inter-war country. However, the family was also Jewish, and the choices that they made were done so within a very specific complex. Throughout the book, the spectre of the Nazi invasion looms with an ever-greater menace. 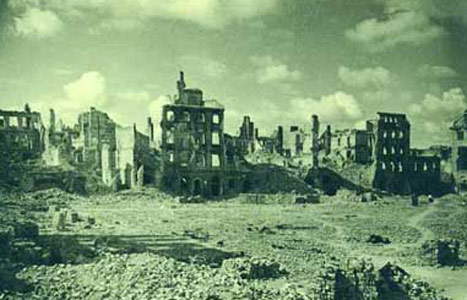 Joanna Olczak-Ronikier originally published this book in Polish in 2001. She's a well-known literary figure here in Poland, and In the Garden of Memory won the prestigious Nike award (nothing to do with the trainers we might add). Besides penning several works for theatre, television and radio, Olczak-Ronikier was one of the moving forces behind the legendary Piwnica Pod Baranami cabaret. However, the family memoir that she has created here deals with decidedly more earnest material than the madcap cabaret. At the same time, it has a lightness of touch that makes the book very accessible - In the Garden Of Memory brings to life the whirlpool of 20th century Central Europe in a way that manages to be both gentle and crushing.

The very mention of certain words - communists, fascists, anti-semites, imperialists - can be inflammatory today when fingers are pointed. These words can burn so intensely that they can obscure objectivity. This book is of immense value on many levels, and one of these is the way in which it shows how people turned to various creeds. By looking at one family alone - that of the authoress herself - we see how different characters exposed to similar experiences can follow a range of different destinies. This was an age of polarisation - when it was quite commonplace for one son to become a 'capitalist' and the other a 'communist'. Fear, idealism and bitterness all fed into the mill.

Although the book explores many themes, the narrative momentum is never lost. All developments fit naturally into the saga of the family as it advances down the ages. The reader very much feels that he is getting to know these characters. The memoir reads a bit like a historical novel, at times sugary, at times solemn. As it was, Olczak-Roniker's family was intimately connected with some of the most fascinating political and artistic figures of the age, including Marshal Pilsudski, Vladimir Lenin and Julian Tuwim to name but a few. One of the most interesting figures in the book is Max Horwitz, the authoress' great-uncle, who became a leading player in the Polish and Russian communist parties. His fate was entirely in tune with Orwell's vision of a revolution that devours itself.

At the heart of this book is the enchanting portrait of the Mortkowicz bookshop and publishing house, and with it the family's relationship with Poland itself. Many of the characters portrayed rally to the Polish cause, whilst others thrust for the goal of an international workers revolution. In the Garden of Memory reveals the dilemmas that sprung from these choices. It also sheds light on the very complex nature of Polish-Jewish issues, and this with a personal rather than a historian's touch. The Poles who risked their lives to help their Jewish compatriots shine out of the book. In spite of the death penalty that loomed over them, more Poles saved Jewish lives than any other nation during the Second World War. Several of the Mortkowicz family - including the authoress herself - were amongst those that were rescued. But this is just one aspect of the story, and alongside the acts of heroism and solidarity there are some painful truths to digest.

Ultimately, it was not the multi-cultural vision of the pre-war hero Marshal Pilsudski that triumphed. His ideals, already under siege before the German invasion, were finally shattered with Hitler's whirlwind.