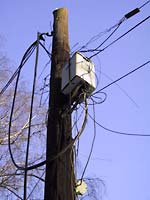 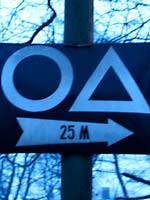 As ever, taxis should not be hailed from the rank, but called from a reputable company. Prices are obliged to be posted on the door and shouldn't be more than 2 lei/km. Make sure the metre is on before setting off and generally be wary of any other funny business.

Money should only be exchanged at the banks. Exchange bureaus at the airport should especially be avoided due to their bad rates.

Beware of old currency. In 2005, Romania knocked four zeros off their currency. Some of the old notes are still in circulation, though no longer legal tender. If you get stuck with one, you can exchange it at a bank.

Pickpockets are a very real problem in Bucharest so take extra precautions. Most often they take the form of young Roma children around Piata Universitatii who will ask you for money with their hands out slyly patting your pockets. You'll soon be surrounded by kids most of whom are distracting you while others dispossess you of your things (we've seen it happen too often). The best prevention of this scenario is physically swatting them away while outpacing them or raising your fists and threatening to crush them if they don't back off. Obviously, don't keep valuables in coat pockets where they can easily be removed.

If you need to make a phone call, you'll need to get a phonecard from the post office or one of the scarce kiosks that actually sells them (for 10 to 20 lei). Though this might be a slight challenge, finding a public phone will not be: there is one discreetly placed somewhere on almost every block. If something isn't working, it's probably not you; only about 60% of the phones actually work, so just find another. Alternatively, getting a Romanian SIM card for your mobile is also a good option, though the cost of calls and SMS messages is generally high.

Though since 2005, over 1 million stray dogs have been purportedly rounded up and disappeared (what do you think they make mici from?), you will still see plenty in Romania's capital. Getting bitten by one of these dogs will involve an obligatory rabies vaccination over the course of several months since three shots are required. So, please, don't let it happen. Romania's stray dogs are generally skittish and easy to scare off by feigning to hit them, so no excuses.

Bucharest may be the least handicap friendly capital in Europe. There's not a flat, smooth surface in the entire city, and handicap toilets are extremely rare. Though EU entry and legislation should change this soon, we wouldn't recommend for anyone with a physical handicap to enter the city for at least five years.

A few words on going out to eat:
First off, a 10% tip is customary at the end of a meal. Second, when ordering it's wise to have a few back-up options in mind, as your first choice will oftentimes not be available. And if there's bread on your table, you're paying for it; bread is rarely complimentary.

Almost everyone in Bucharest smokes and everywhere you go will be smokey, so get used to it.

The whole vampire thing - please people, give it a rest.

Sadly, Romanians can be kind of racist. Depending on where they are from in Romania (and you'll find them all in Buch), that brand of prejudice may differ by region. Be careful of what you say about Roma (gypsies), Germans and especially Hungarians in certain company. Similarly, don't glorify the People's Palace - everyone hates it.

Don't put your feet up in Bucharest, or on anything where feet weren't designed to go. Should you, you'll get a firm scolding and several dirty looks.

The cotton in everyone's ears is to protect from 'the current.' Doors should generally be closed behind you, as any space where air can pass easily through will result in all those in that space to be struck deathly ill (according to Romanian superstition). For example, two windows open in the same car is an invitation for calamity (if anyone can convincingly explain this to us, please, by all means...). By the same token, women should not sit on the floor, stairs or anything cold or uncovered. The Romanian scientific community long ago proved that this practice would result in the freezing of women's ovaries.

Bus tickets are only 1.10 lei and you should make sure you have one before you get on a bus, because checks are very frequent. Think of all the Alexandrion (cognac) you could have drank with the money you spent on that 40 lei fine.

Don't be surprised while shopping that instead of your change you get single pieces of gum, candy or tissues. That's Romania for ya.

Despite how it may seem, prostitution is not legal here, so act accordingly.

Above: Let the cables sleep

Below: 'Match the shape' games twenty five metres that way...

I have been living here from past 2 years in Bucharest. Many people hailed from Bucharest are more like a gold digger. Guy or girl it doesn't really matter. But some people are really amazing. Sadly I think I found myself all the bad company of the Capital.

Really sorry to hear this Alex :( But there ARE good people out there! Hope your luck changes.

Drinks in Bucharest Tourist Areas are $2.50 per drink. Food is also expensive. . people expect you to leave a tip for over priced drinks and food. when the locals can buy it for a fraction. if you dare to question the prices your met with total contempt. Taxi drivers are just dangerous. do not get in a taxi by yourself if your a white tourist. they are angry shouting aggressive and dangerous. there are no stray dogs in buch. there are no pickpockets that we encountered. very few beggers. the major and only real problem are the taxi drivers. they make for a uncomfortable and unsafe trip. I would never go to this city again because it is a little expensive and the taxi drivers are dangerous.

I've been to Romania so often I stopped counting. Getting a SIM card and 120 minutes, of call time, plus 60 minutes international, including unlimited SMS cost me pocket change (6$ for the minutes, a few dollars for the SIM card). With Cosmote. I suspect similar plans are available from other companies.

Could you please tell me where I can buy such as sim card? Is it in the airport compound ? I appreciate if you tell me the seller name. Thank in advance

I travel regularly to Bucuresti for business and, in my downtime during visits, find the city fascinating to explore: from the museums to the parks and the restaurants to the bars. Amazing choice to suit every taste or mood. 2 tips I've benefited from recently - 1 - Airbnb have some great properties featured in Romania in real people's homes and apartments - makes a great change from faceless, characterless hotels. 2 - Find a reputable company that do airport transfers so they meet you on arrival at Henri Coanda or Baneasa airports and whisk you immediately to your accommodation or meeting. David Intercar are completely reliable and very reasonable.

“shouldn't be more than 2 lei/km”. It depends on the public rate based yearly. “Money should only be exchanged at the banks”. That is no true today. You can easily exchange in Exchange Offices that offer better rates than these from banks. Just be careful to receive a receipt and to calculate before the right conversion. Anyway there is no problems here than before. You can also use ATMs. Knocked four zeros off their currency = no more! Now it is 1, 5, 10, 100, 200 RON or LEI / 1€ = 4.3 RON Stop with extra precautions against pickpockets because Bucharest is a much better safe than other European capitals! Be careful as everywhere in big cities, but not be paranoid. Just ignore the weird people who approach you. Stray dogs remain a public problem but they work hard about it. Bucharest may be the least handicap friendly capital in Europe. Not sure at all! Just check it! “ we wouldn't recommend for anyone with a physical handicap to enter the city for at least five years.” Even if they work hard on it, it remains a long road to improve their facilities. “Sadly, Romanians can be kind of racist. Depending on where they are from in Romania (and you'll find them all in Buch), that brand of prejudice may differ by region. Be careful of what you say about Roma (gypsies), Germans and especially Hungarians in certain company. Similarly, don't glorify the People's Palace - everyone hates it.” I stayed at Trianon Hotel which is close to Parliament Palace, 10mn away by foot. A nice location near Cismigiu Garden. The cotton in everyone's ears is to protect from 'the current.' Doors should generally be closed behind you, as any space where air can pass easily through will result in all those in that space to be struck deathly ill (according to Romanian superstition). For example, two windows open in the same car is an invitation for calamity (if anyone can convincingly explain this to us, please, by all means...). By the same token, women should not sit on the floor, stairs or anything cold or uncovered. The Romanian scientific community long ago proved that this practice would result in the freezing of women's ovaries. Funny but quite possibly true! :D Good trip to Romania!

Where did you get your facts from? This article is very alarmist. Anyone non-naive, common sensed person would be fine there. I, a 21 year old female at the time, traveled the country alone for 2 months. And just an FYI, I work for public health - a rabies vaccination is not a 'several month' thing, its done in a few doses over 28 days.

My advice for those looking to travel to Bucharest is to leave their prejudices behind. You have to experience the city for yourself to witness it in all it's glory. For me, it's one of the most fascinating combinations of old and new, of East and West. Stay away from the Old city center if you want to eat something good, changes are they food will just be average and the place crowded. The go-to place for Romanian food is Jaristea!

although a lot of things you said are true, you really exaggerated on most facts. the chances of getting robbed and bitten and so on are pretty slim.

About the stray dogs--yes, it used to be a huge problem, but their population has declined. And there has not been a case of rabies in Bucharest since 1979, so it shouldn't be an issue. Just leave them alone and they will leave you alone