While we do sympathise, we'll readily tell you - Romanian isn't the hardest language to learn out there. As a Romance language, if you've any familiarity or foundation with other romance languages, you'll quickly notice some similarities and be on your way much faster to learning the life skill of being about to complain effortlessly in the Romanian language (a skill all Romanians must learn from childhood). In fact, Romanian is the closest language to original Latin, from which all Romance languages are derived. Romanian has retained a number of Latin devices the other Romance languages disposed of long ago, including noun cases. A good grounding in Italian will also go a long way towards understanding Romanian or being understood by others in the country. Conversely, Romanian has incorporated many words from the Slavic languages of its neighbours, so don't be surprised if as you wander the streets you pick up more than anticipated. 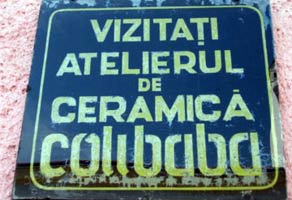 Spoken by about 24 million people, Romanian will come in equally as handy outside the country, if and when you get drugged and wake up in a ditch, hospital or prison cell in neighbouring Moldova. Since 1860, Romanian has used the Latin alphabet as in English, but with a few extra letters bringing the total to 28. Absent are the letters 'Q,' 'W' and 'Y,' except in situations when used in foreign loanwords. Due to Romanian culture's adoration of the West, particularly America, you will find that many younger Romanians speak surprisingly deft English, or as we like to call it, 'Cartoon Network-ese.' Nonetheless, there's no excuse not to try and learn a few of the simple and polite phrases we've included below. They just might be the key to impressing grumpy shopkeepers, getting free drinks from long-haired rockers, or becoming tethered to an extremely clingy, desperately husband-seeking Romanian beauty.

Out of all possible useful words in Romanian, somebody thought "Bordel - Brothel" is in the top 5? That makes this page and website really reliable... * eyes rolling

Haha, sweet burn. We should probably update this page. In fact we are currently in the process of updating all our pages. Unfortunately though, to be honest, that is in fact probably more of a sad reflection on the reality of our modern societal state of being rather than an ethical reflection upon our website :(

I will go to visit my girlfriend there.never learn this language.

I'm new to this place.never learn this language. I will visit there on July

New to this place. Wanted to know the geography and language of the place

I speak English, Spanish and I'm learning Romanian. Many words are the same in Spanish or very similar. At times I find myself speaking Spanimanian!

To further make your life easier, in Romania 'merci,' 'ciao' and 'pardon' are all commonly heard and used. If you really can't be bothered, stick with these borrowed words