Travellers pulling into Tarnow station will be met by a voluptuous turn-of-the-century building from the times of Habsburg Galicia. This lovely old building lay for years in a rather tatty state but has recently undergone a stunning renovation (like a good deal of Tarnow itself). But here lies much of the city's charm. For unlike Cracow, the bus-loads of tourists have not yet descended. You can still explore the place without the dizzying air of unreality that accompanies boom cities like big sister Cracow. It's a sleepy spot with much to recommend it. That said, if you want to see Tarnow before the prices go through the roof, best come sooner rather than later, as the town's obvious charms will not remain undiscovered for long. 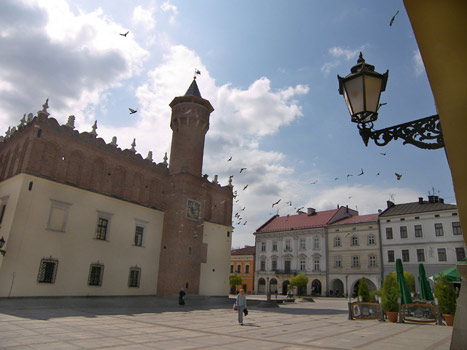 Above: Tarnow Rynek (Market Square), with its typical Renaissance attics.

Transport to Tarnow is super simple if you're coming from Cracow. Just jump on a train or bus from the main station (or from the brand new Zabłocie Station in Podgorze). In general, no matter where you're headed, locals steadfastly recommend train over bus, owing to the common risk of traffic jams & delays along the highways out of Krakow. A train ticket, direct to & from Krakow's main train station, will set you back a mere 11zl. This picturesque countryside journey on a comfortable modern train lasts about an hour. Once at Tarnow Glowny (Tarnow Main Station), you simply walk northeast, straight up along ul. Krakowska. A pleasant ten-minute stroll through historical streets & wallah - you've arrived at the very centre of town. 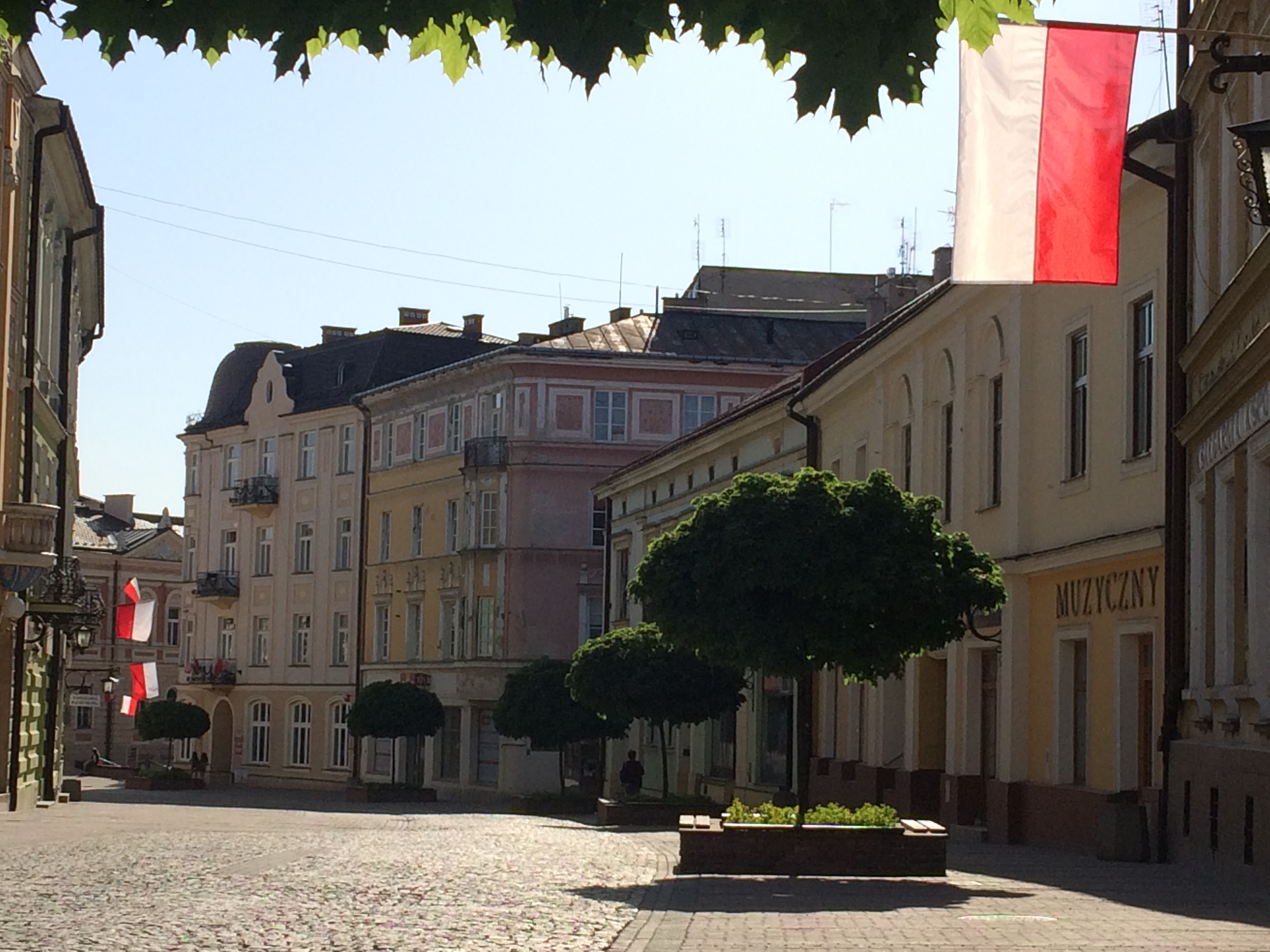 Official promo bumph hails Tarnow as a 'pearl of the Renaissance'. Although much of the town exudes the classic air of nineteenth-century Galicia, many of Tarnow's finest monuments were indeed raised during the Renaissance. The Rynek, or Market Square, is one of the prettiest in Poland, and this against some fairly stiff competition. Here you'll find the ornate parapets so typical of the Polish Renaissance - they were used to hide steep-pitched roofs, a necessity in this snowy neck of the woods. However, Tarnow's origins stretch back well beyond the age of Copernicus. Wander around the back of the gothic cathedral, and you'll find yourself transported back to medieval times. Stepping inside, you'll be met by the tallest sepulchral monument in all Europe, a spirited confection that honours the Tarnowski family - the city was their private property for several centuries. 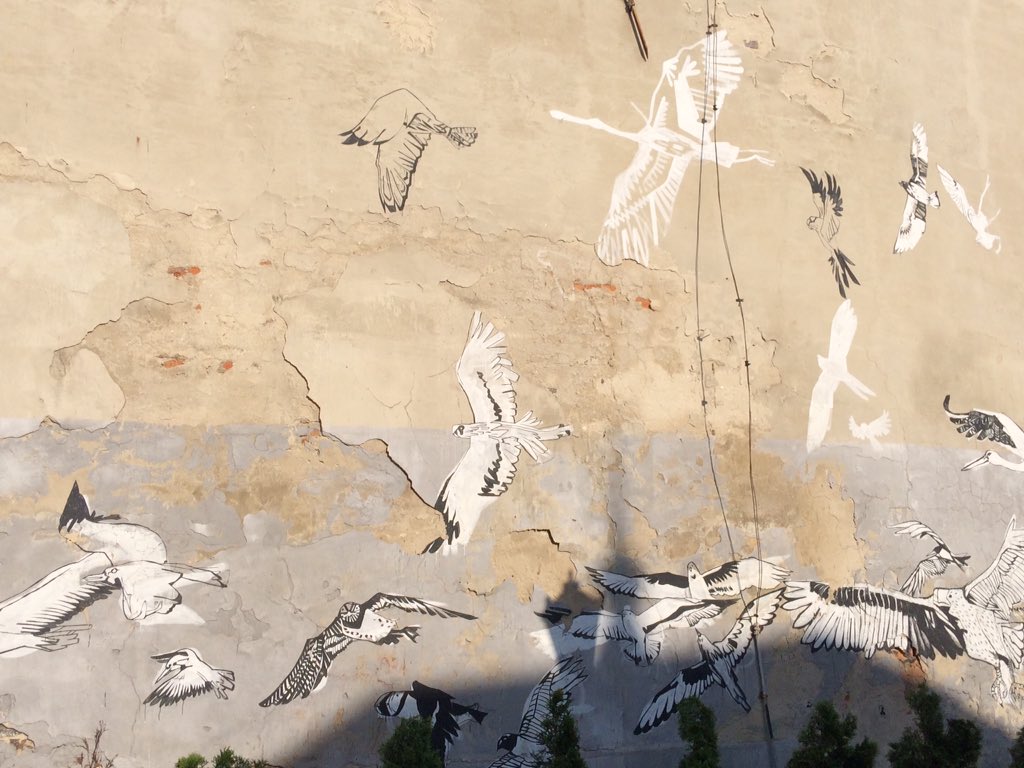 The eastern part of the Old Town was traditionally the Jewish district. Indeed, almost half of the town's pre-war population was of Jewish origin. The maze of narrow streets around ul. Zydowska, (Jewish Street) are amongst the most atmospheric in Tarnow, but history dealt some horrific blows here. Most of the synagogues were torched by the Nazis, and the solitary, battered bimah of the Old Synagogue survives as a haunting relic of the Hebrew community. Beyond the Old Town, you can still find the evocative Old Jewish Cemetery at ul. Szpitalna. It's absolutely worth the walk. 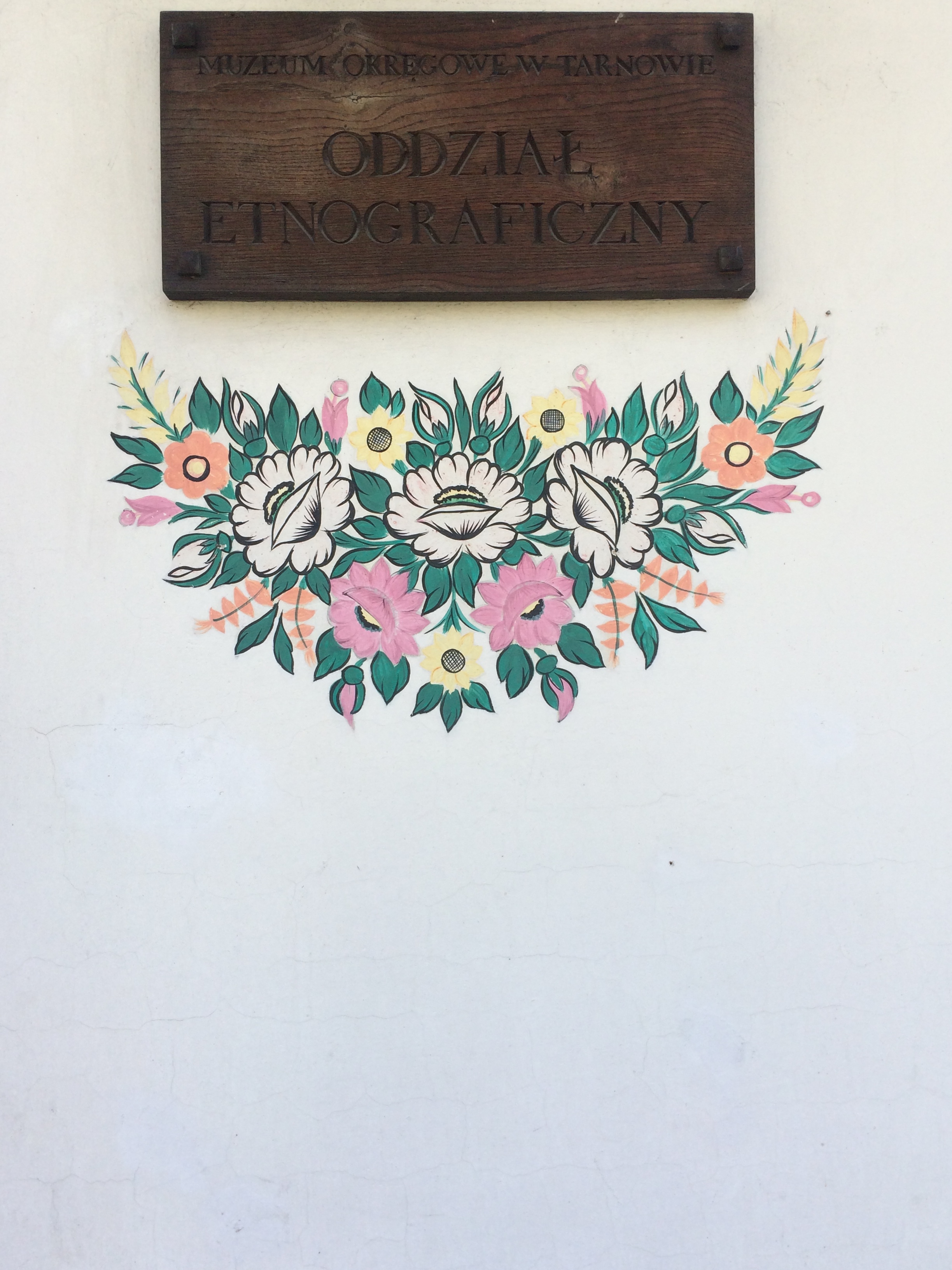 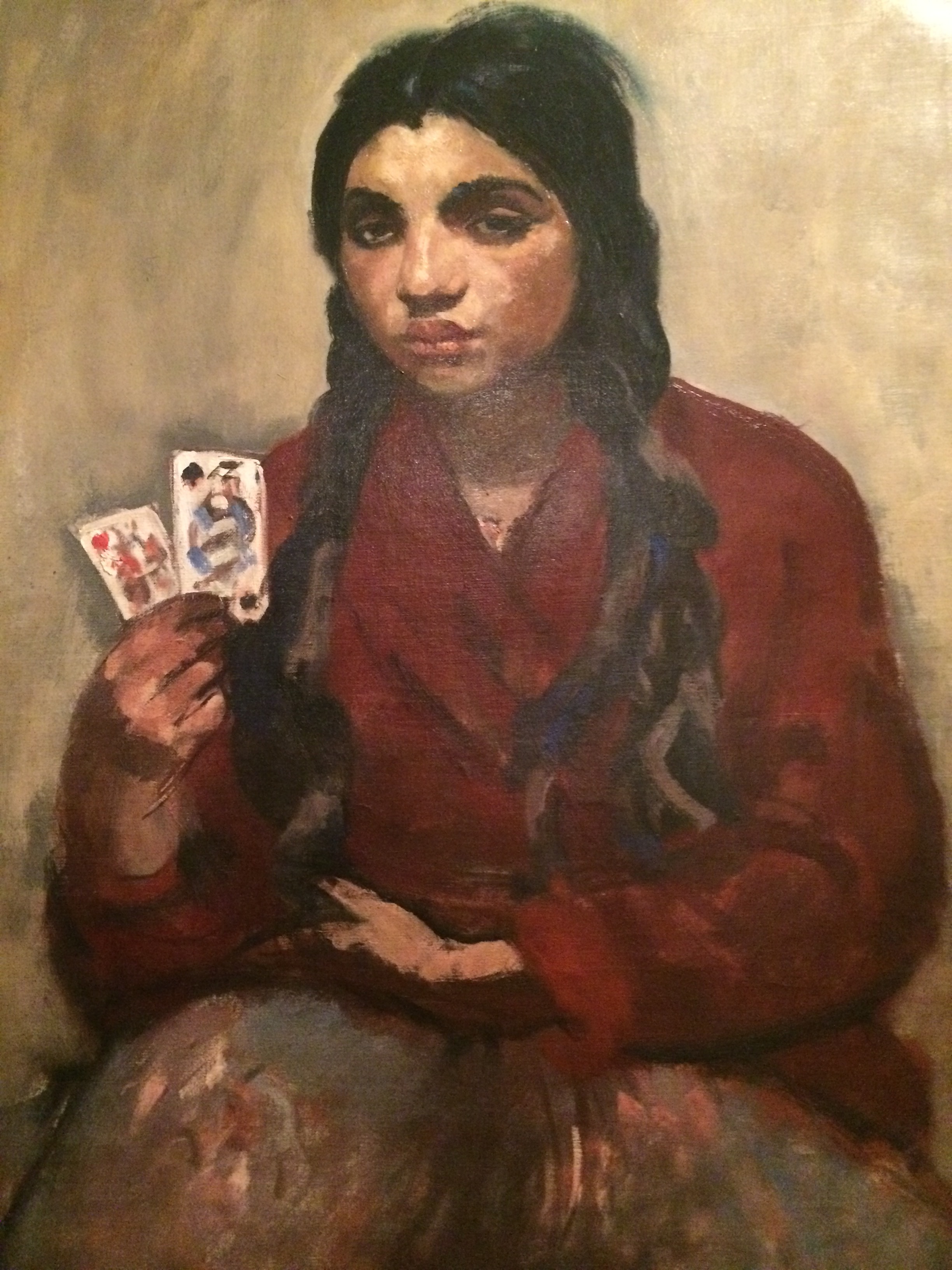 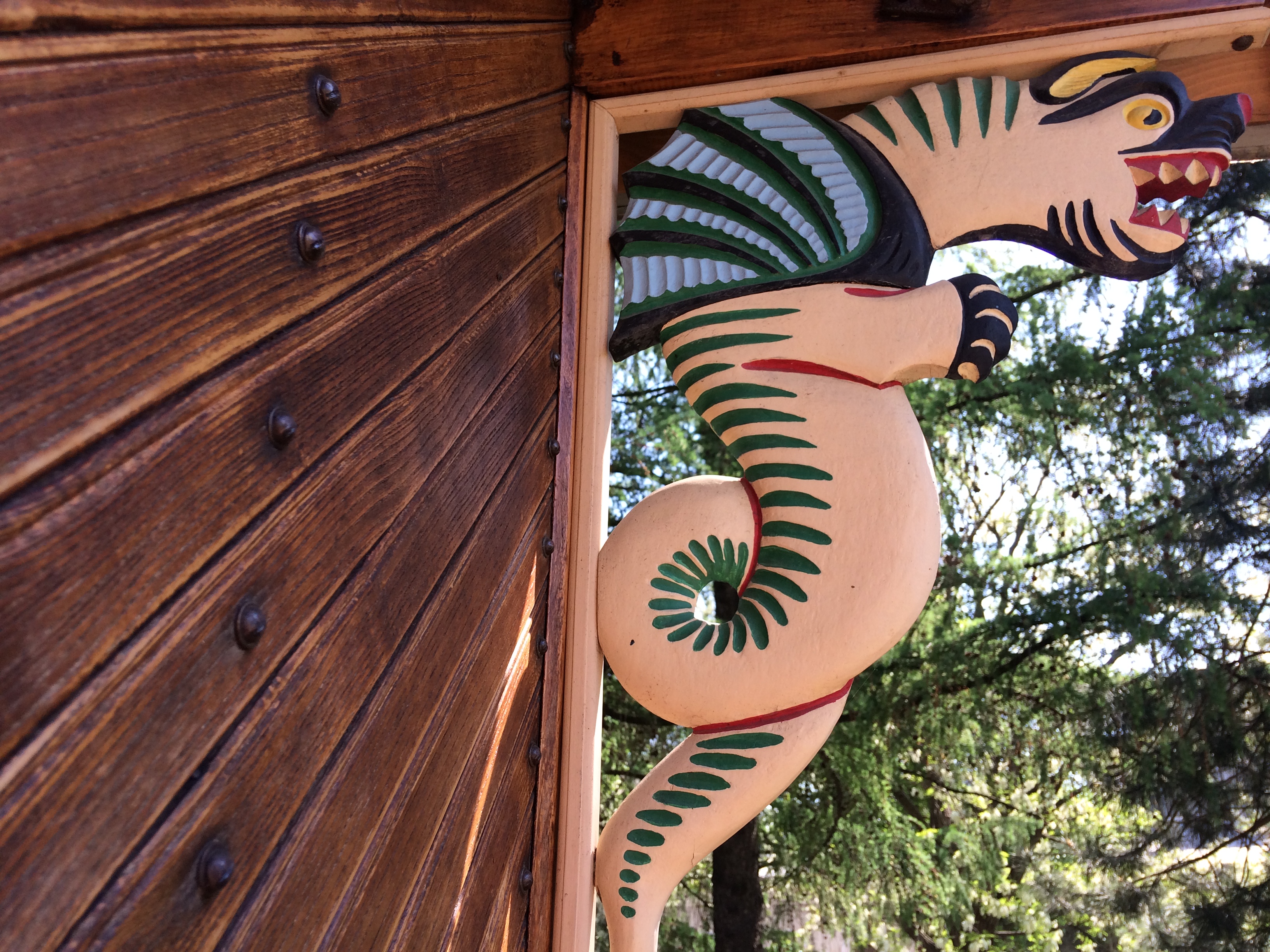 Beyond the Old Town

Tarnow is a fairly compact place, but there are one or two gems beyond the immediate centre, and all are in easy walking distance. Aside from the aforementioned Jewish cemetery, which is one of the most valued in the region, two gothic wooden churches can be tracked down, the Holy Trinity (ul. Tuchowska ) and St. Mary's (ul. Panny Marii). A clutch of Poland's wooden churches were recently added to the UNESCO list, and they count amongst the country's greatest treasures. For romantic souls, the Old Graveyard at ul. Narutowicza is also worth a look. And back on ul. Krakowska, the Ethnographic Museum has an intriguing exhibition about Polish gypsies. Slip out the back and you'll find a host of painted caravans. 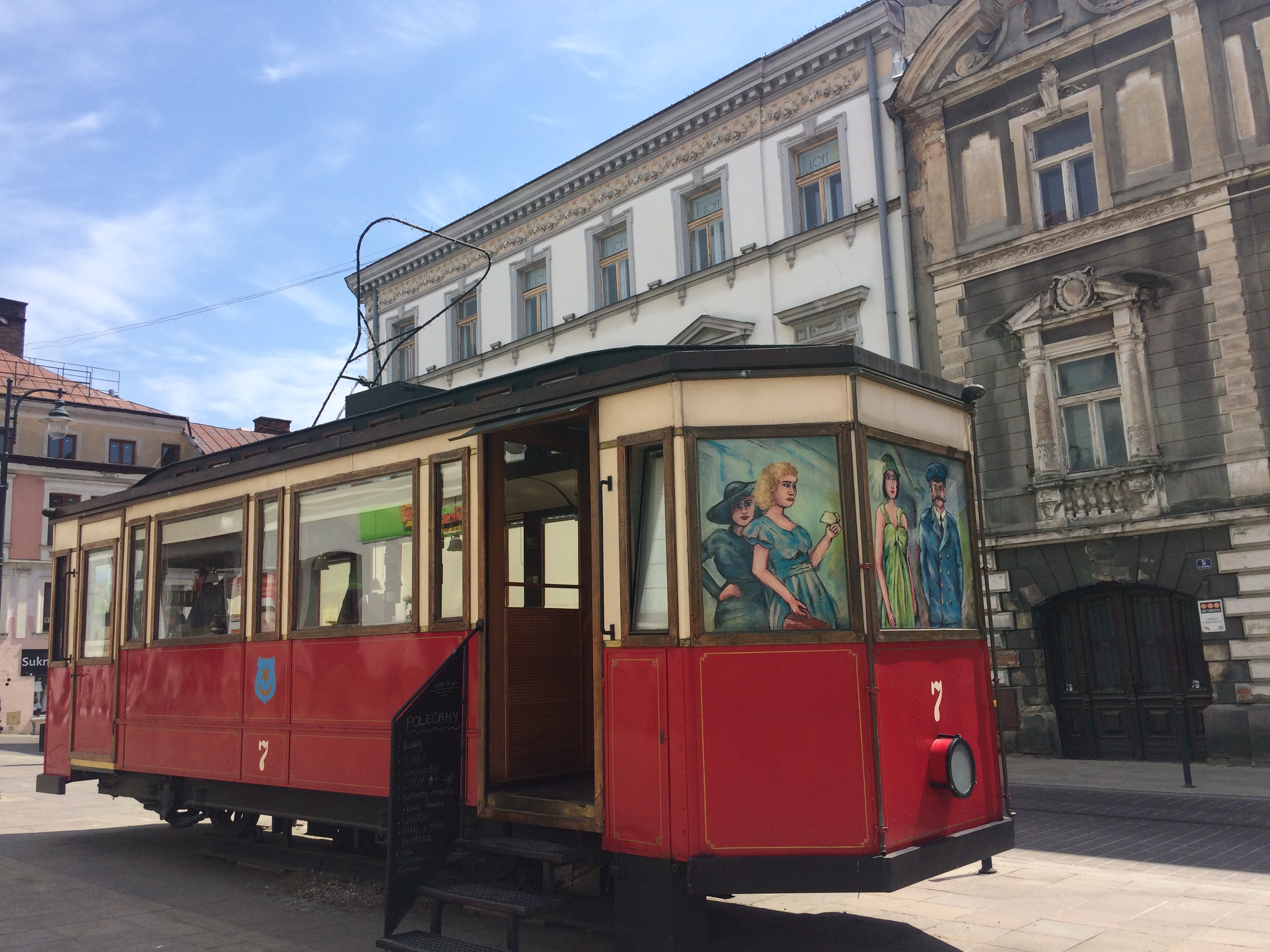 Many of the restaurants in nearby Cracow offer style over substance, luring travellers in with a pretty decor (and then charging pretty overblown prices). In Tarnow, restaurants are obliged to win over local custom, which means less of the Disney factor. There's not an overwhelming amount of choice, but a standout is the old-fashioned Tatrzanska,which offers well-cooked fare in a classic Galician atmosphere. They often have a lunch menu for 15 zloties. A more adventurous choice would be Ke Maro (ul. Zydowska), a genuine Gypsy number. Service is charming and the tucker more than tasty. That said, there's a definite air of David Lynch about the place, so this is probably not your family choice.

My grandfather was born (1895) in Tarnow. His surname is Wdowiak. Does anyone have any knowledge of that family? Thanks

im searching for my grandfather family, his surname is THAU, his father was a braham and he has 6 brothers i remember sabina, david, salomon, tzivi...i will go to tarnow next febraury...thanks a lot. johanna

Does anyone know the family Targar?

somebody now something about familiy Owsiak Andrzej and Elisabeth?

i"m looking for a rabbi horowitz tarnow in 1875

Love Tarnow, born there. Miss the city a lot. Went to college in Cracow - always hated people in Cracow and the city as well.

Some of my Cygan family took a trip to Tarnow about 5 years to visit w/relatives still living there. Would love to know if there are any Cygan's out there!

Anyone heard of the family Kostyal? I will be traveling to Tarnow for family research in September 2011. Any ideas welcome. Larry

I am looking for a distant cousin of mine. I believe his name is Adam Kraus and his father Adolph born 1915 US)was my dad's brother. Adolph's parents lived in Tarnow before coming to the U.S. around 1913 and then Adolph returned to Poland around 1920 with his grandmother.

Hi Lynz, There aren't that many signs in English but that shouldn't put you off! These days, most people under the age of 35 speak English. The centre of town is fairly compact and relaxed in pace, so you won't be disorientated. Hace a nice time in Tarnow!

I am visiting Tarnow next month visiting a friend who is teaching English there, I will be travelling on the train and am wondering if there are many signs or places in English as my polish is minimal! Thanks folks Lynz

Don't be afraid there are many Polish people who speak English in Tarnow and will give you all the information you want.

my father was born in Tarnow,all is family died in 1939 when the german arrives.Maybe somebody knows something about this family, my grand mother's name was MINA WASSERRMAN;my grand father 's name Mr WASSERSTEIN REGARDS;jpw

have grandparents from tarnoviec...wondering if there is any source of geneological info...am visiting krakow in the spring

my mother's family lived in tarnow till 1942...names: spielvogel,freiman,klein.I am looking for relatives or frinds.

You can join Jewish Tarnow FB page and ask about them. There are Kleins that are members of the page.%0A

I have been looking for Joanna Chrupek from Tarnow... Please let my urgent e-mail reach her...

We visited villages of family near Tarnow,stayed in the beautiful Bristol Hotel, old charm,stylish polite people, clean buildings, want to go back- now like Polish Beer

I was born in Tarnow and I now reside in Miami,Fl. I love Miami but I miss Tarnow like crazy... I would like to see all my elementary school friends... Beata Granatowska miss_boo78@hotmail.com

My great great grandfather was from Tarnow.Just woundering if there are oter Witak's that might be realated and would like to chat.O my grandfather was joesph witak Thanks,Richard

I am from Tarnow. I was born and raised here. Emigrated to US in early 1990 and now considering moving back. It is beautiful, wait till you get outside of the city to farmland, it is going to take your breath away. I love it there.

My ggrandfather, Morris Knobloch was born around here(Tarnow? Bochnia?) and moved to the US in August 1891 with 7 kids. Would love to know more before a visit to this unique land,

beutifol city my wife is from that place and hers dad alwys insisting us to muve there but is tu close to the germans .

Such a gem of a city. My husband's relatives live there and we had the pleasure to really immerse ourselves in the life of Tarnow for a a few days. I really liked it there.

what a shame that my great grandparents had to leave such a 'wonderful place' because of persecution. But on the other hand, if they hadn't left I might not be alive to tell the tale

I spent a happy 2 and half years in Tarnow teaching English. The town is alive in the summer moths and the girls are wow! I hope to visit again one day.

Honestly the best city in Poland. I have been living in Krakow for 6 years, but Tarnow has always been the place I have wanted to live. Great square, a happening place in the summer, and the best looking women in Poland. I would live there if I could..but the wife wont let me! I dont blame her!