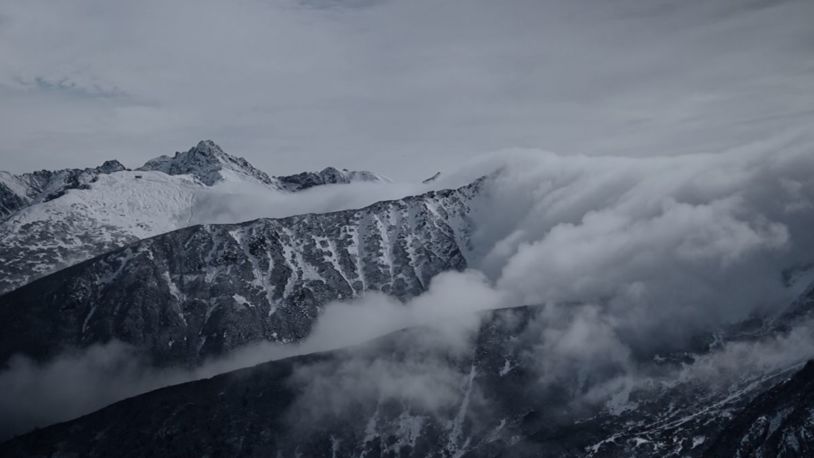 Her great invisible hand of destruction, it is the Tatra's revenge against those who lay claim to her stone-carved alpine bosom. The legendary mountain wind — HALNY.

Between October and November, or February and March each year, this powerful foehn wind makes its sudden and dramatic appearance; ripping through snowy peaks, lush valleys and highlander villages - leaving entire forests of trees uprooted. Flattened. Landslides and avalanches morphe the face of mountainsides while houses are torn to shreds and scattered across the land. Fires and flooding bite at the heels of the annihilation like hungry dogs. Somehow a darkly ethereal, underlying silence dominates the deafening chant of the halny's thundering gusts. Each raindrop hits a reckless blow — a force of up to 228km p/h (recorded May 1968 during the "Storm of the Century") winds whipping them on as if they were an army of cossacks in chase of wild horses. It was a force so shockingly fierce that a kiosk was blown into the sky with it's cashier still trapped inside. Even with the knowledge and technology we posess today, the halny rarely passes without leaving behind casualties of her civil war. 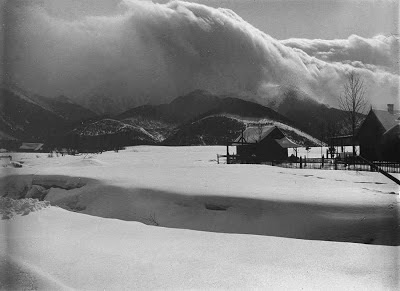 While an irrepressible tsunami of cloud blows across the high peaks of the Polish and Slovakian Tatra Mountains in a spectacular meteorological display, the Goralski highlanders batten down the hatches; rushing home to board up windows and lash down whatever possible before the first wave hits. Crashing down upon the powerless ridges, the halny flows down the valleys like a rapid studded river, with the height of its divine brutality smothering the prostrate Podhale region — its clawing tide regularly pushing all the way to Krakow and beyond.

This Carpathian wind marches onwards from the South, along the way not only slaying its structural enemies but also taking prisoner the minds of mortals — famously driving many locals to madness (the ambulance staff can back this up with personal experience: see Wiatr. Thriller Documentary).  As with lunacy's namesake the full moon, during the course of the annual halny wind's crime, accidents, psychological breaks, depression, insomnia, unprecedented illness and just plain bizarre phenomena typically see a boost in activity.

The highlanders say that the insanity begins three days before the foen wind's calloused fingers begin to shake their land, that even before the Halny arrives it has already begun to draw the darkest thoughts from the deepest, most hidden recesses of the mind. Those who already lingered around the edge of sanity can become possessed, wandering the streets like fearsome zombies.

Although it's much more famous for the negative effect it has on people's minds, ironically this powerful change in atmospheric pressure and electromagnetic activity, humidity and ion state has also been known to cause beneficial physical and mental reactions. 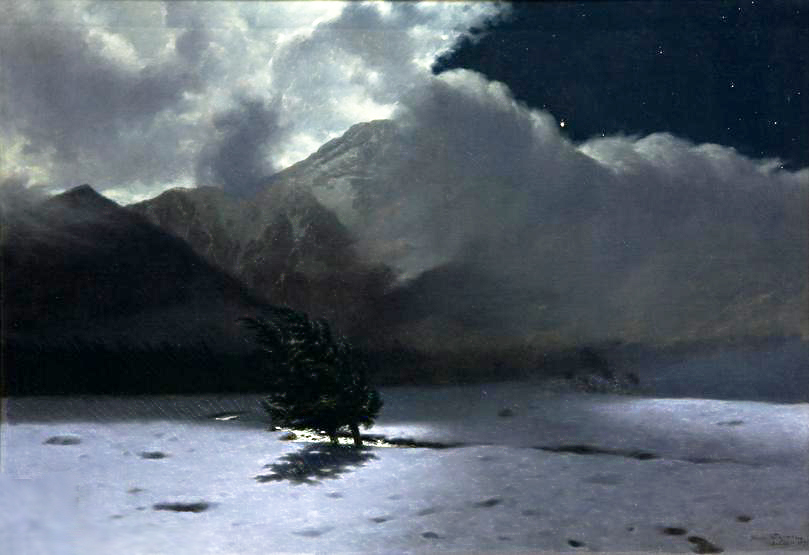 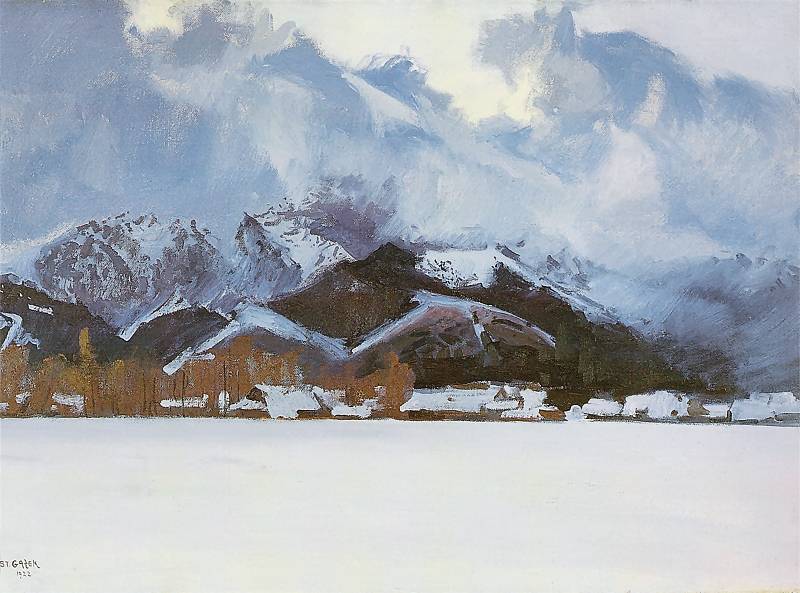 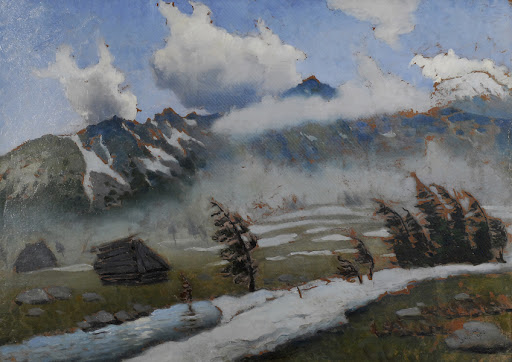 The mysterious power of the halny wind has for centuries submerged Poland's artists in solemn clouds of inspiration. An irresistible muse, many of the country's greatest poets, painters, photographers, sculptors and film-makers have attempted in vain to capture the essence of this ghostly force. Artists residing in the Polish Tatra Mountains had ample opportunity to observe and become obsessed by the primitive breath of the earth, so adept at playing the tempest. Stanisław Witkiewicz (1851 - 1915), with careful strokes of oil on canvas, strove to touch upon the true nature of this fearsome wind in his iconic painting "Wiatr halny", 1895 (pictured above) — now on display at The Gallery of 19th Century Polish Art in Sukkienice Cloth Hall, as a part of the National Museum in Krakow. It has been touted as "one of the most unusual and original landscapes in Polish painting" and thus its photo-realism, with no need for exaggeration, once more hints at the incredible effect this wind has on both land and soul.

Nor was Witkiewicz alone in his quest to express the inexpressible, Stanisław Gałek (1876 - 1961) throughout the course of his life continued to paint halny, contributing three magnificent rather more wild and impressionistic paintings to the dedication of this curious wind. Ludwik Leszko's take on "Wiatr halny" (1955) perfectly captured the overwhelming nausea which can accompany this wind (pictured above) and many others took a similar approach; attempting to reproduce the undomesticated movement of a domestic scene.

Stanisław Rudzinski (1870 - 1915), striking out in a completely different direction, took a movingly surreal approach to the ferocious phenomena in his metaphorical masterpiece “Wiatr halny” (see below). Paying homage to the ancient legends which have always accompanied the halny's heavenly howl, Rudzinski's brush described the wind as tangled goddesses of the sky. Karol Kłosowski also depicted the metaphysical roots of the beast, opting for a black & white landscape in his ominous 1917 take on "Wiatr Halny" (see end of article). These were not the first artists to be seduced by the deadly siren halny and they certainly would not be the last. 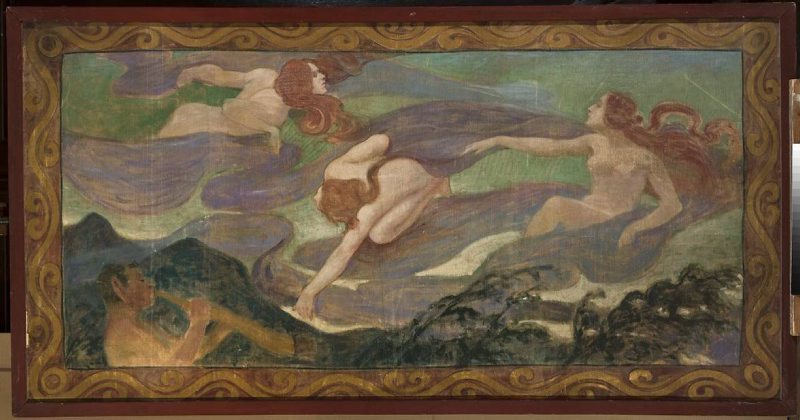 The muse once more puts out her siren's call to those who would pin her down through the medium of words. Literature is not immune, with poets called to arms as warriors in search of the halny's heart. Legendary Polish writer Jan Kasprowicz (1860 - 1926) recorded his visceral impressions in  "Wiatr Halny" (1898).

There is a mountain wind roaring above me... Far
ahead, there is a buzz and a whistle, and then
with some ruffle, crackling and thundering, the
weight is put on slender smears.

In a moment, thick log sheaves
bend before my eyes like blades of thin straw:
This is how he plays with them, deaf, blind.
The guest, who drags trenches away from the rocks.

I go on, I still go on, through the groaning forest...
And although I meet trunks, uprooted from the ground,
This frenzy, in the blue awakened space,

To bend and pound, I do not indulge fear
To the depths of the interior: I would like my strength to
face the wind like these big trees [...]

As the halny wind invades each crack and crevasse with its apocalyptic scream, neither has it failed to infiltrate every form of art. Spared not were the hands of musicians, who also felt the halny's prophecy whispering in their ears. Halny has secured its place in Poland's musical history as namesake of electro-folk highlander band Electro-Halny, traditional Polish folk band Halny from Beskidy and inspiration behind songs such as Gooroleska's Pop-Rock "Halny", Furia's psychedelic instrumental ballad also titled "Halny", Obiekty's low-fi grunge/metal piece, Radegost's dark-metal interpretation and Albercik's modern rap tune of the same name, Aksent's discopolo bop "Psotny Wiatry", ("Mischevious Wind") and vintage pop classic "Halny Wiatr" by Ireneusz Lament — just to name a few.

As the halny's lick envelops the valleys, so does mystery surround this enigma of wind. For as long as this wind has blown, it has been stalked by stories, legends, rumours and folklore. Popular sayings such as "When the halny comes, people will hang." and "With the halny comes the devil." speak volumes about the powerfully negative societal stereotypes attached for centuries. But what becomes legend after an age of Chinese whispers, was once based in real experience, and is backed up still today by modern experience. Is this wind haunted, cursed, doomed, threatening, cruel and evil as many ancient elements would have us believe? Or is it the very macro and very natural version of the necessarily dramatic death and cyclical decay which occurs in all processes of life?

With the medical effects we mentioned earlier combined with numerous stories of people being called into the woods by the wind, disappearing, never to be seen again; we cannot deny the halny holds a strange and hypnotic magic. I have felt it myself... the crackling in my bones. Legend has many theories on the origin of the halny: it comes when a witch dies, it's caused by an army of beings from the spirit world (ghosts/demons/devils) marching or riding on horseback across the sky (known as "Dziki Gon" - the "Wild Hunt"). It's also been said that scaly, fire breathing dragons cause the halny when they flap their giant wings up high in their mountain home... and that only a shepherd-sorcerer can ride them.

There is a particularly interesting story about a woman known as "the white lady" who, when the halny was about to blow, would walk the streets of Zakopane in a long, white dress while talking to herself. Over time, locals could no longer deny the divinitory reality of her unsettling behaviour. It soon became clear that when the white lady walked, the halny wind would soon arrive. This mysterious woman was certainly connected to the halny in a way others could not comprehend, even predicting 1968's annihilating 'wind of the century'. 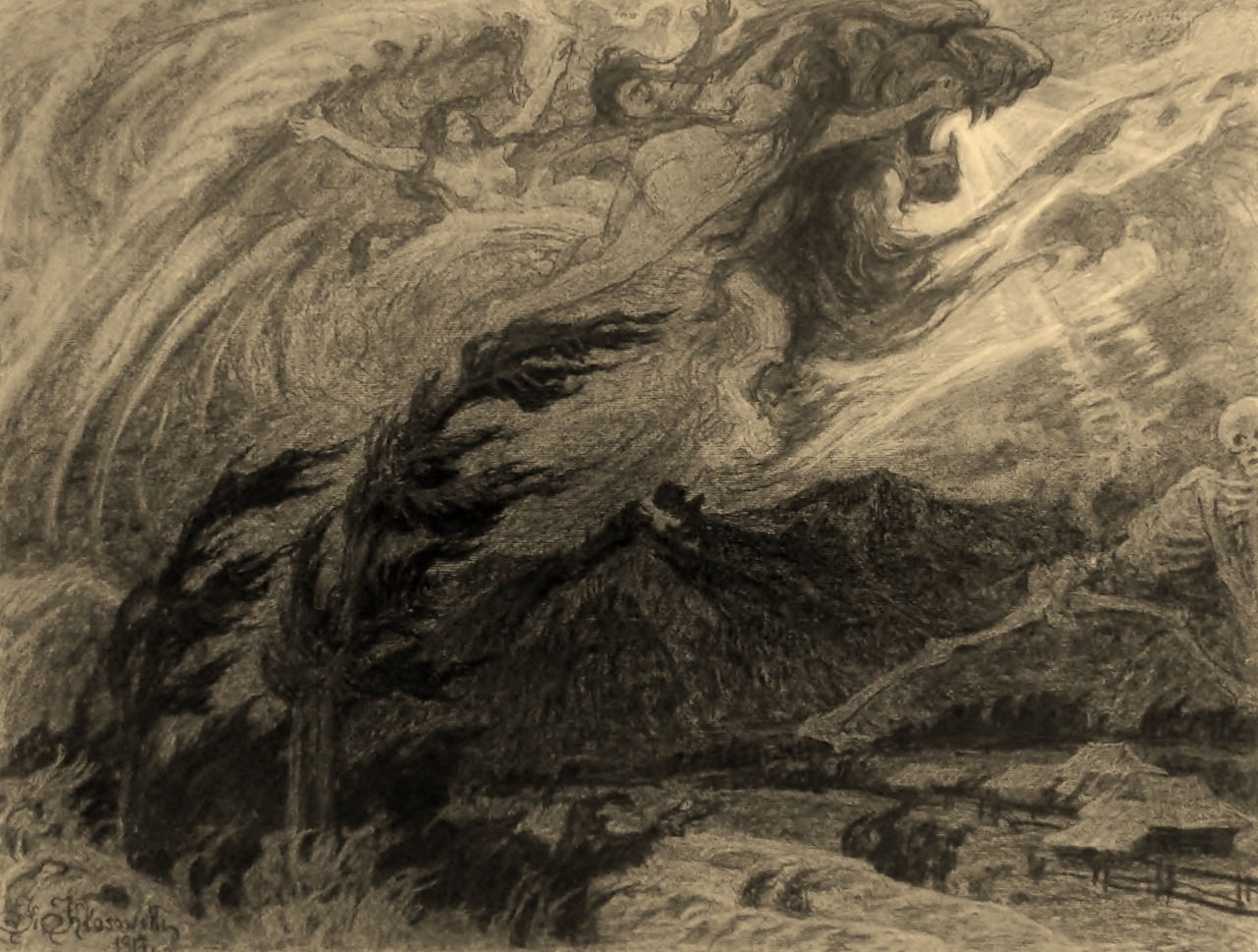