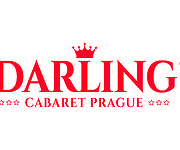 Local Life Prague is about to select candidates for Best Places awards, dedicated to rewarding and encouraging excellence in products, service and ideas. You are helping us to make the best choice.

Darling Cabaret has 1 votes. Click here to see the results.

A message from Darling Cabaret

The best and biggest cabaret in Prague is your guide to the night full of entertainment with the hottest girls from all corners of the world. Just enjoy!

As an excellent gourmet appreciates fine food, you have the opportunity to taste a prepared menu of entertainment, spiced with erotica and flavored from all corners of the world. The world-famous darling cabaret invites you for a night full of vice and passion. The only thing you have to worry about is falling in love. You will never be alone and strangers here make friends for life.

Darling is the best. I recommend to visit this place.

Darlin is the best club in Prague, place where you can enjoy your free time

Darling is the best! Anybody who visit Prague must go there

Darling is always the best

I was there last year and they have amazing girls and very good dancers, guys try it when you are in Prague

When I come to Prague, I make sure I visit Darling. It's my favorite club in Prague and I always enjoy a lot. Girls dancing around me, good music, great drinks... Guys, I recommend to visit this place ;-)

This place is one of the best I've visited in Prague. Darling was good choice. If you like beautiful girls, come here. The staff is friendly, drinks are cheap and the show is just wow!

I was there just once but it was amazing. When I saw those girls twerking and dancing, I couldn't stop watching. The place is nice, I recommend to visit it. And Skido is the best :-)

Very bad place they charge u for entrance and then they force you to buy drinks and they keep pushing you to buy more so we felt uncomftorbly and left.bad place, feel like tourist trap!!!

They charge you for entre and Drinks are extreme extensive!!! Hand a bad feeling and left instantly. Stay away!!!

A fucking joke of a club where friends of The owners just turn up And treat The Girls like shit.. typical Czech cunts are found in there who think money Gives them The authority to abuse Women... in reality they probably go home And knock fuck out of their wives afterwards or were bullied as kids.

It was my first time in a club like this and instantly got the feeling I"m being ripped off here. I'm fairly certain I had to pay way too much entree free and after I complained about the drinks being too expensive they lowered the price by 300 crowns. That's just for a beer and a poor whisky/cola. Could have been J&B whisky for what it tasted like, not wort that money at all. Even in my home country, where everything is a lot more expensive, a good bottle of Chivas 12 years was less expensive than these 2 drinks.

A woman approached me and asked me if I wanted some company. Me being new to this scene agreed to it and we sat down together in front of a strip pole where other girls were dancing. She started asking some questions and I answered them, but I got the feeling she either didn't the master the English language properly or she just didn't care what I said. It doesn't matter that much in the end, but if you don't want to care what I say, then fine, but don't pretend you're listening and saying things that aren't related to the topic.

She started touching my body and was pushing for some private time. I finally caved in, but who wouldn't really after a good night of drinking and hands touching your body and we went to her "hotel/appartment", which was obviously a cover up for a brothel. I didn't care for it all too much and the room and bathroom were decent enough. And here is where it all started going down hill.

She gave a brief and a very poor striptease while undressing me and before I knew what was going on I got asked to follow her to the bathroom and take a shower. Fair enough, she wants me to be clean, I totally understand it and she helped me shower and soap in.

She climbed atop of me and started doing her thing, making no noise what-so-ever and by that I couldn't get into it at all. I'm used to girls making noise, telling me it feels good or telling me what to do to make it better. But not her, she was absolute silent.

In the end she even dared to ask if I wanted to give her more money so she could have a drink. Seriously? After this poor overpriced performance you dare to ask for MORE money?

If I could rare this 0, I would have. Atleast for me I was better of fapping in the shower and going to a normal strip club.

Jamie mate, legend for posting this but Jesus grow up mate

If you can’t get your girls to do what they’re suppose to do and make the client comfortable, you’re a scam. Make money, don’t rob people.

The Venue is nice and Entertaining.

If is possible I'll give six stars WOW

I love girls and that is the best one club in Prag, there are more than 100 girls every night, if you go other club you loose your time

Is the best and biggest in Prag, I like it

The best cabaret I have ever been!

Add a widget for Darling Cabaret to your website and get more reviews!