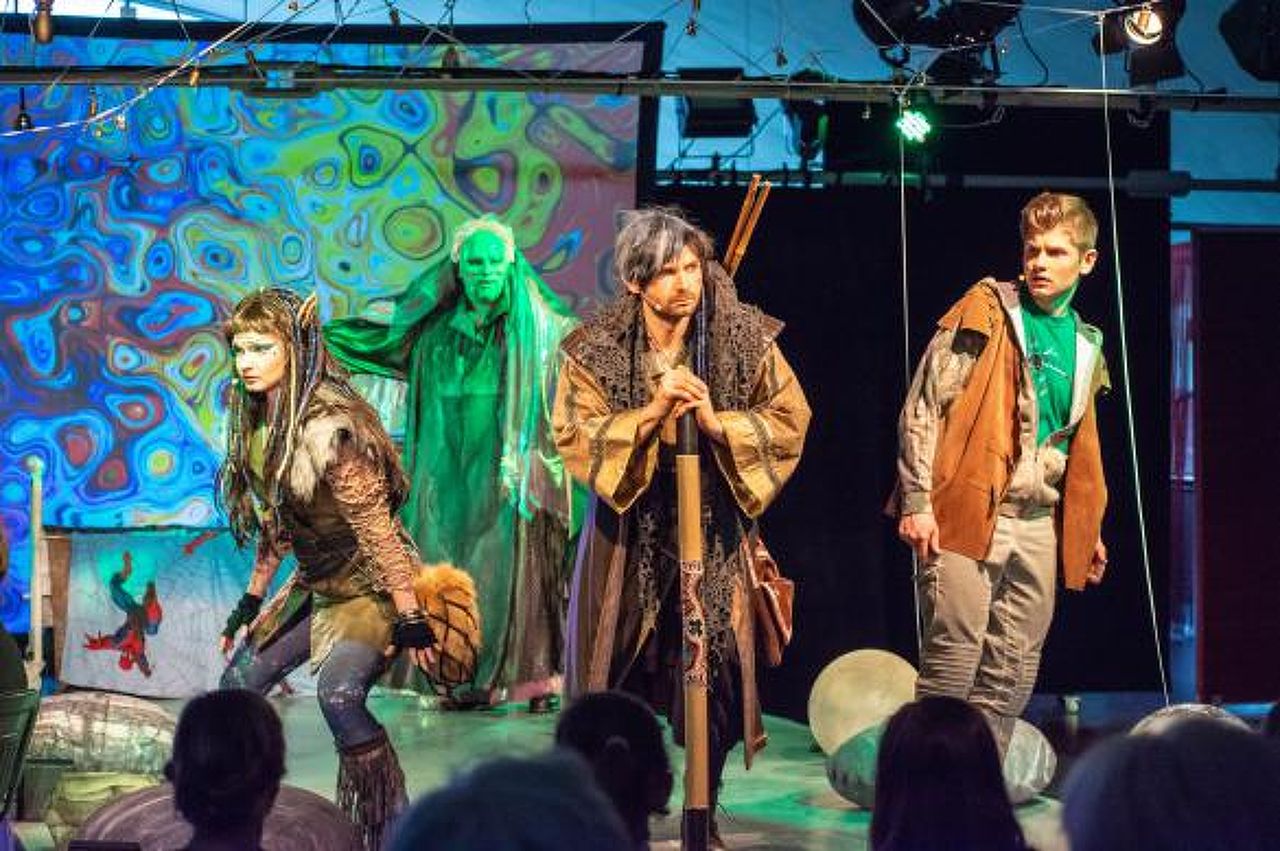 “Ongaku”, a family-friendly spectacle maintained in fantasy style, is a musical tale of Janek – a teenager, who lost his mother and can’t find common ground with his father. He creates the eponymous Ongaku land in his imagination. The warrior Merodi arrives from the land and takes the boy into the world of secrets, search for courage and openness. A journey into three worlds begins. As legend has it, there are three stones of truth in the worlds. Thanks to them, Ongaku, destroyed by the evil Waru, will regain its balance. These three worlds are interconnected and become a symbol for our tolerance, understanding of other people, and the ability to look at the world through their eyes.

The door holds a special significance in the story – it is a symbol for the lack of understanding and a wall which we often build in relationships with other people. The door which the son shuts before his father becomes a wall separating him from the real world after the loss of his mother. During his journey, he learns to open the door to the worlds of chaos, silence, and darkness. All this allows him to learn about himself, his sensitivity and abilities. The spectacle presents adventures which open the door to the understanding of a human being, communication and the development of a relationship between a father and a son. The plot, education, music and sensitisation are intermingling elements, which all lead to a finale with a positive message.

“Ongaku: The Three Stones” is an innovative spectacle adapted for audience members with hearing, visual and locomotor disabilities. Suitable elements, such as, for instance, audio description, sign language, visual and sound effects allow all audience members to learn about the world of Ongaku sounds, while educating and making the understanding of other people easier.

This event happens in Opera Krakowska