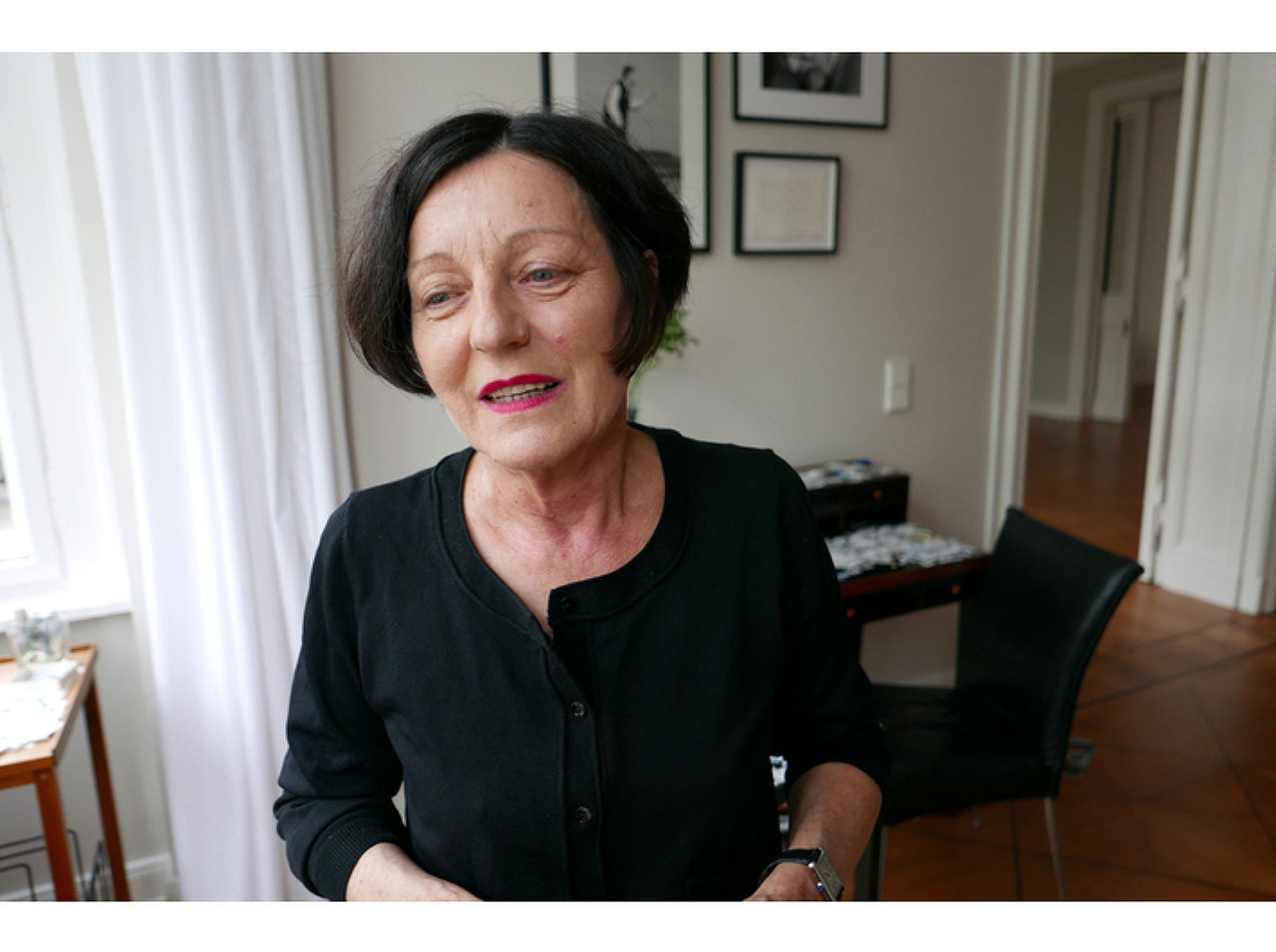 On Thursday 19 at 6 pm come to MOCAK to meet the Laureate of Nobel Prize in Literature Herta Müller.

The event accompanies the writer’s exhibition ‘Where One Cannot Speak: Word as Image, Image as Word’ (more => Tam gdzie nie można mówić. Słowo jako obraz, obraz jako słowo) in MOCAK (Beta Gallery). We show dozens of the Nobel winner’s collages, created in 2005–2018. This is the first-ever presentation of Müller’s works in a museum of contemporary art. The exhibition will run until Sunday 22 September.

The writer has created a unique format of visual poetry, governed by the format of a postcard. The compositions are pivoted on text complemented by image. With her condensed metaphors Herta Müller captures the reality and her impression of it. The exhibition is part of the series in which we bring closer complex individualities – writers, philosophers and scientists, who also create visual works.

At the event there will be an opportunity to buy the publication that accompanies the exhibition at a promotional price. The book comprises reproductions of over 80 collages by Herta Müller, with Polish and English translations, and essays by authors including Michał Rusinek, Christina Rossi and Maria Anna Potocka. In MOCAK Bookstore you will also find other books about and by Herta Müller.

Herta Müller was born on 17 August 1953 in Nițchidorf, in the multi-ethnic Banat region in the Romanian People’s Republic. She hails from the German minority. During the war her father served in the Waffen-SS – the 10th SS Panzer Division ‘Frundsberg’. After the war, along with the other Germans from Banat, her mother was deported for some years to a labour camp in the Soviet Union. Herta Müller attended a German-language lycée in Timișoara. During 1973–1976 she read German studies and Romanian literature at the West University of Timișoara. In 1976 she took up a job as a technical translator in a machine factory, but was sacked in 1979 for having refused to collaborate with the Securitate, the communist regime’s secret police. In 1987 she emigrated and settled in West Berlin. She worked as an artist and a visiting professor in a number of German universities and abroad. In 2009 she was awarded the Nobel Prize in Literature. She lives and works in Berlin.

The event will take place in audiovisual hall. Limited places.