The Treasures of Kraków // Exhibition 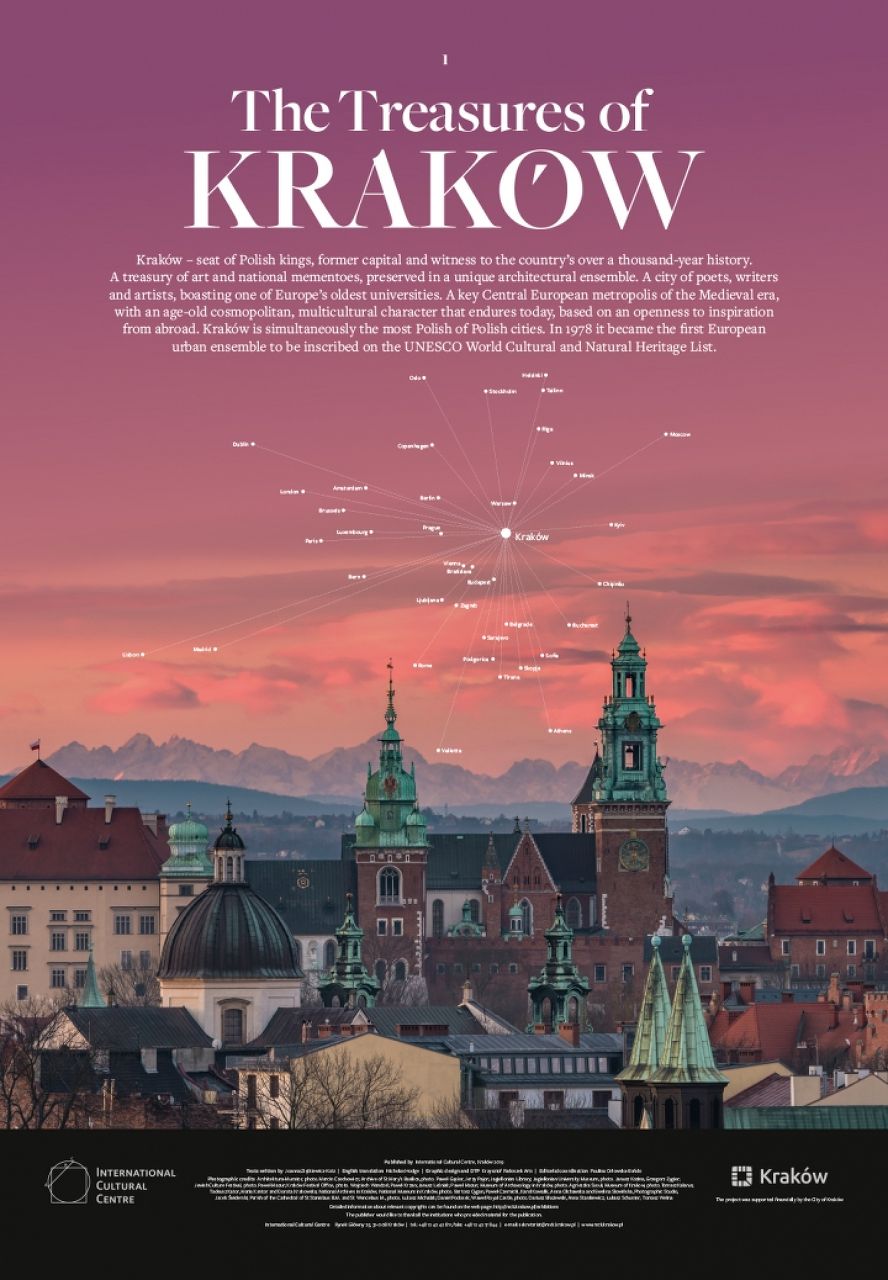 "The exhibition The Treasures of Kraków recounts the tale of a city – the seat of Polish kings, former capital of the country, home to one of the oldest European universities and magnet for poets, writers and artists. It was one of the most important Central European metropolises of the Medieval era. For centuries a cosmopolitan, multicultural settlement, open to outside influences, it is also the most Polish of Polish cities. In 1978, Kraków became the first European urban ensemble to be inscribed on the UNESCO World Cultural and Natural Heritage List.

The exhibition has been prepared in electronic form. It encompasses 20 panels, presentable in the following dimensions: min. 70 × 100 cm, max. 140 × 200 cm. It can be either printed or displayed via other media. The panels present 90 of the titular treasures, i.e. artworks and architectural landmarks, as well as items associated with Kraków’s intangible heritage. All of these treasures are culturally significant, and many can be ranked as masterpieces.

The exhibition has been divided into eight chronological sections:

Further material on the art and history of Kraków is provided in four supplementary panels: Wawel Hill, The University, The Jewish City and Kraków’s Identity.

The exhibition is intended to appeal to both the general public and members of the academic community (sociologists, urban planners, architects, economists, historians, art historians etc). It portrays Kraków as a modern metropolis, drawing on the extensive resources of its cultural heritage. The exhibition is related to two recent books published by the International Cultural Centre in Kraków, Kraków in a Thousand Treasures (2018) and Kraków: History and Art (2019), the academic editors of which were Professor Jacek Purchla and Dr Joanna Ziętkiewicz-Kotz.

The files have been prepared in English. However, there is also a possibility to present the exhibition in other languages. Financial resources for translation are limited, but please contact the ICC regarding a cost estimate for rendering the material in a given language. " - ICC