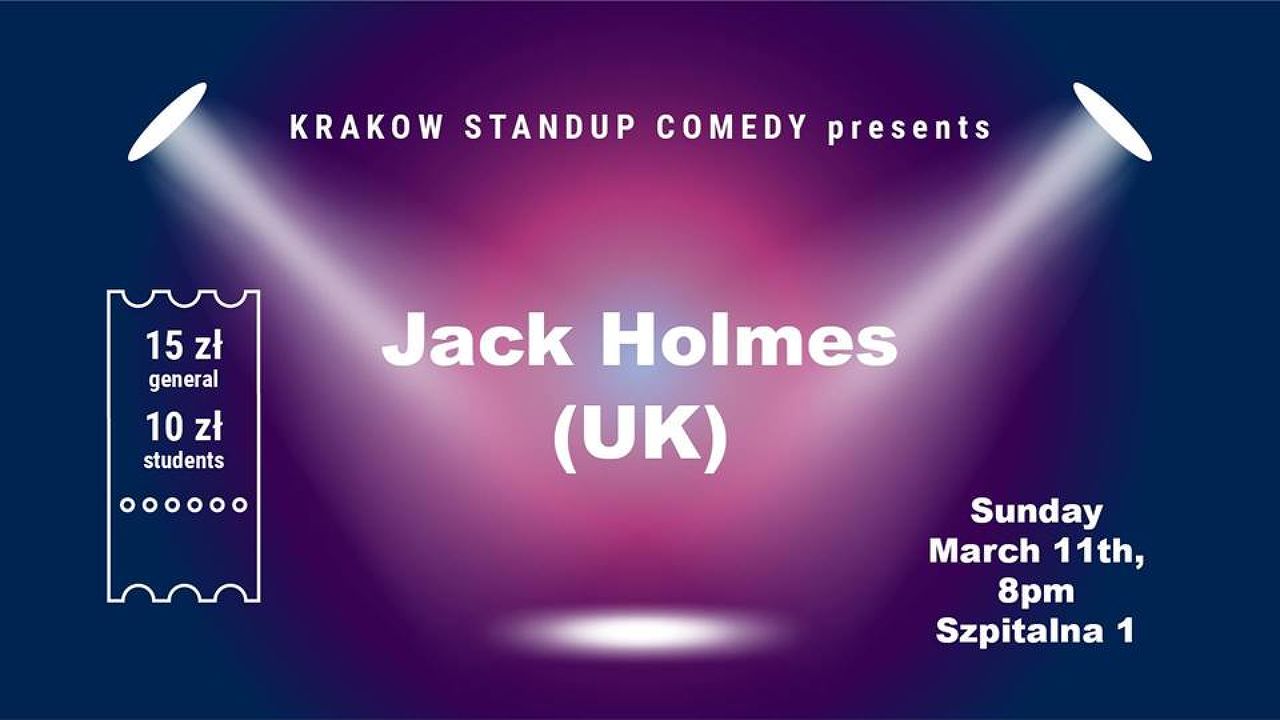 Jack Holmes found his way into comedy after spending more than a decade crawling across the world as a failing musician. Bitter beyond his years, Jack hit his first comedy open mic in 2013 before quickly rising to become a pillar of the Vienna comedy scene, going on to host multiple shows across the country, and touring across Europe as a headlining act.

Embittered and armed with his quick wit and sharp tongue, Jack has developed a comedic style that's guaranteed to entertain. Equal parts honest, vicious, and playful, his act mixes brutal self-deprecation with bewilderment and frustration at the world around him, creating a show every bit as heartwarming and endearing as it is gut-wrenchingly hilarious.

When? Sunday 11th March, 8PM
Where? Szpitalna 1 (just off the main square)
How much? 15zl general, 10zl students


This event happens in Szpitalna 1 Klub