On this day, a large procession through the city pays homage to the story of the Three Kings/ Wise Men/Magi who followed the star of Bethlehem to honor the birth of the baby Jesus Christ. 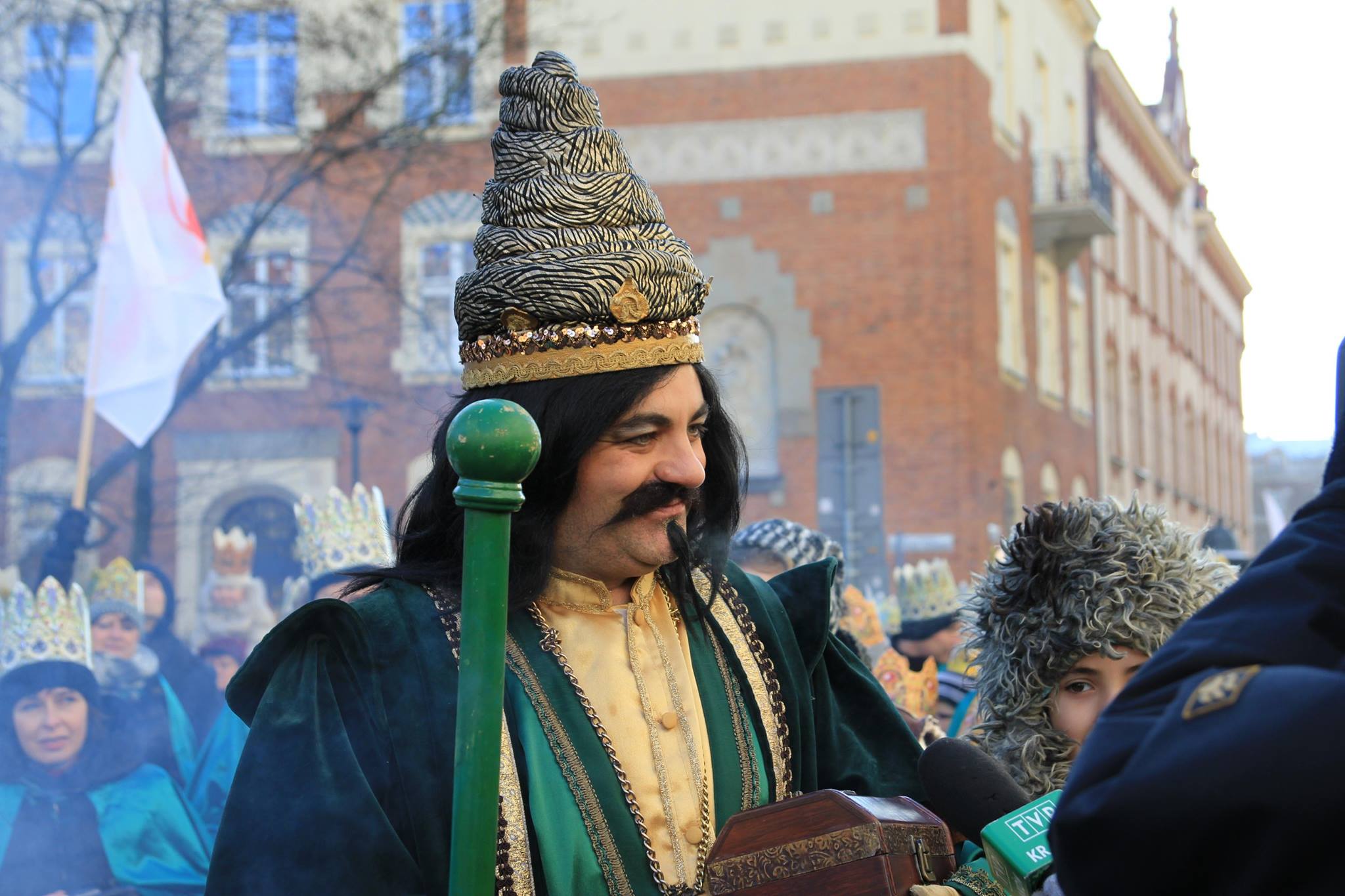 The parade is lead by regally attired actors who play the parts of the Kings of Africa, Asia and Europe (named Melchior, Kaspar and Balthazar).  Beginning from three different points in the city -  each King heads his own personal procession, filled with children, pages, knights and various other characters (even devils!) who are dressed in costumes bearing the colours significant to their respective kingdom.

Together they play instruments, carol and pass out candy as they dance their way down the street - all headed towards the Main Market Square where the three Kings and their three pageants join together around a live nativity scene where more carolling and celebrating take place.

These parades are for everybody to join, regardless of religon or nationality. Don't worry about dressing up or knowing the words to the carols (although they are in Polish); free lyric books are handed out as well as cardboard crowns, stickers and more useful parading paraphenalia.

The Red Procession (Europe)
10:00am: Mass in Wawel Cathedral
11:00am: Departs from Wawel Castle

The Blue Procession (Africa)
9:30am: Mass in St. Florian's Church
10:30am: Depart from Plac Matejki

The Green Procession (Asia)
11:00am: Departs from Plac Sikorskiego 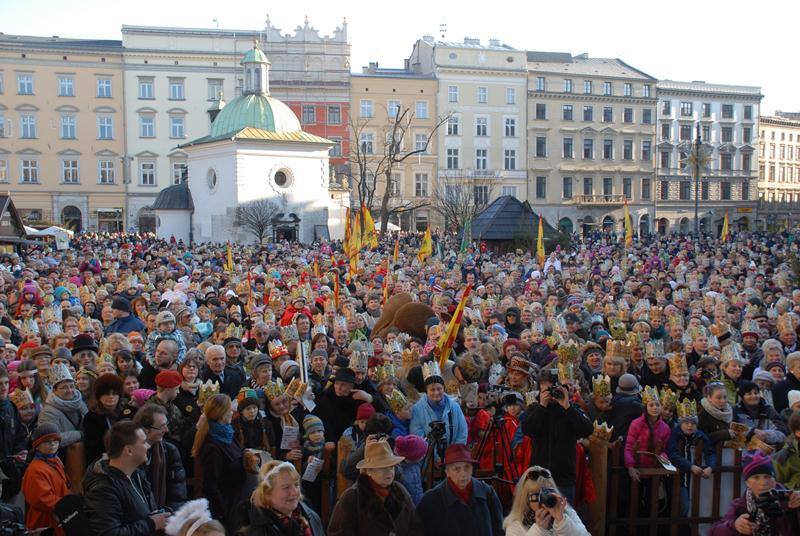 More Traditions on this day:

Also known as the Feast of Epiphany, this day is one of the most important celebrations of the Roman Catholic Church and as such, followers of this religon all around the world will traditionally attend mass.

Polish Catholics take with them from the church a piece of chalk which has been blessed from and use it to inscribe 'K+B+M' alongside the calender year, above or on the front door of their home.

K, B & M are the first letters of the names of the Three Magi: Kaspar, Melchior and Balthazar, and are also an abbreviation of ‘Christus mansionem benedicat’ - ‘May Christ bless the house’. Polish Catholics have practiced this since the 18th century.

When visiting church on this day it is also traditional to bring frankincense and myrrh (two of the gifts given to baby Jesus by the three kings) for blessing.