Helena Rubinstein had a habit of obscuring or embellishing the facts about her humble origins, but being born in Krakow probably went a long way to making her the phenomenally succesful business woman she became. 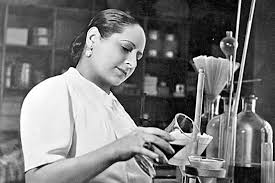 Helena Rubinstein was born as Chaja Rubinstein in the house at 14 Szeroka St., most probably in 1872. She later changed her name to conceal her central European origins, and she 'adapted' her birth date several times. Her family lived humbly, and her father ran a store also on Szeroka St., but Helena always yearned for more than a conventional life of marriage and children.

Helping out in her papa’s store, Helena grew ambitious and obsessd wth perfection. When she was not yet 20, she had a dramatic argument with her family. In her autobiography, she tells the story of a suitor, Stanislaw – a poor, non-Jewish medical student – though this can’t be confirmed. Whatever the falling out was really about, she was forced to leave home and live with her aunt. Soon after, she moved from Krakow to Vienna to live with various relatives, and made plans to leave for Australia. Her dream was that this would to solve all her problems, and erase the pressure of being a 20-year-old spinster in traditional Krakow. 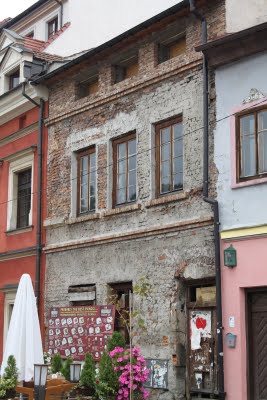 Although Helena Rubinstein herself tells a tall tale of a mysterious face cream made by a Hungarian pharmacist for her mother, the idea behind her beauty empire was probably more straightforward – she noticed that Australian women had dry, freckled, sunburned faces and didn’t know European ways of keeping it in good shape. Helena's pale, well-nourished skin aroused the admiration of the local women when she arrived in Australia, and the pot of home made face cream she had with her gave her a million-dollar idea. She came up with a combination of lanolin, a natural sheep suet, plus some herbs and oils to mass produce a face cream. In Australia, the land of sheep and dry skin, all she had to do was combine these simple components with her talent for persuasion, strong will and desire for riches.