The word "Feminism" might as well be in a laundry machine for all it's being tossed back and forth and stretched and squeezed and cleaned and sudded and wet. We spend so much time trying to find words and values to set upon it and attempting to dissect its pure meaning.

In fact, the truth of the "feminine" power is rather more extraordinary than that which can be expressed with spoken language, or that which can be placed value upon. It is by nature mysterious and intangible. Like the yin and yang, it can be found in everything. Including men and including the weather. Would we as women deny the "masculinity" that we often feel?

These are just names that were given to two sides of the same coin, to the ebb and flow of the waters of life. These waters flow through all of us and waves cross over centuries. Our global consciousness felt it had fermented too long in "masculinity", it had become bitter as even the sweetest pear would after too long in the mouth...  so we were thirsty for "femininity". A pear from the other side of the tree. Later, we will wish to become the tree.

Now, in 2018, we take our pear and submerge ourselves in the river beneath the tree, kicking and struggling without quite yet the knowledge of how to swim. We, all creatures and all life, will follow this river until it leads us out to sea. Sometimes floating, sometimes drowning but always moving forwards (and micro cosmically backwards), cyclically.

The ancient “femininity” is not owned by virginity or rape, but by the earnest earth. Through it’s nurturing touch, it heals all creatures as a mother… just as it becomes the lioness when it craves to devour, conquer, protect or play.

Now, about the Polish women who were so fearless in both their “femininity” and “masculinity”. These are women whose story has happened to become known, but we are all these heros and heroines, in a chorus of ways both subtle and brilliant. Let’s connect. 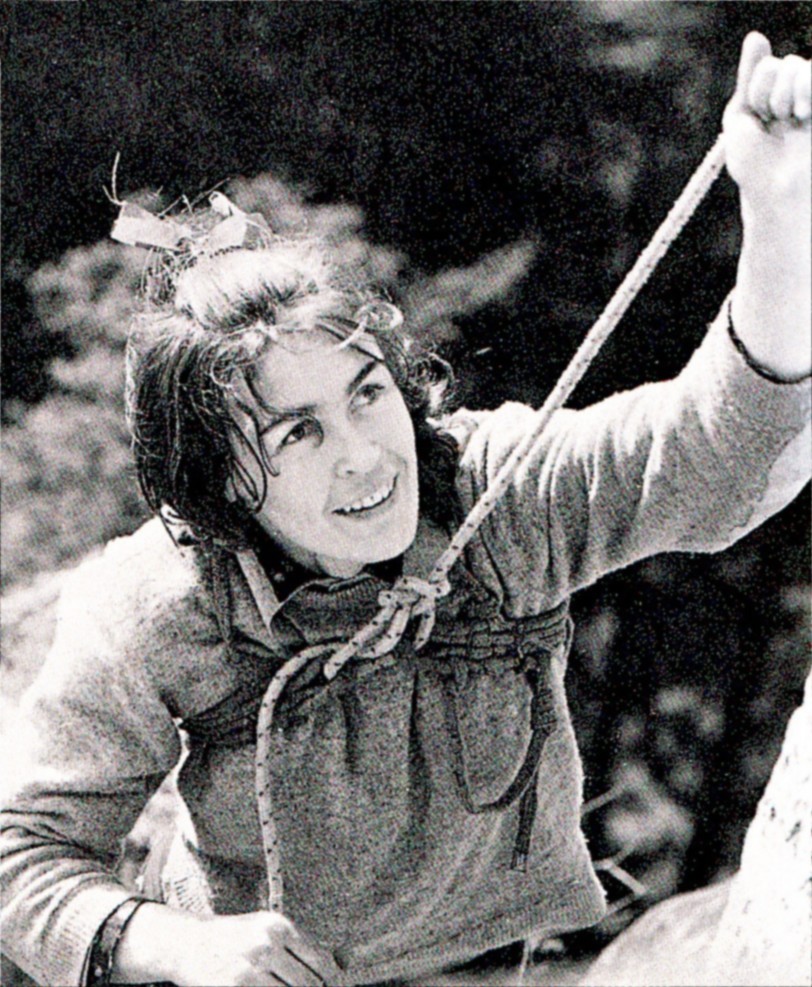 This is the kind of lady who the felt her path was to explore the extreme heights of the earth. Time and time again she overcame her own perceived limits and thresholds of fear, pain... Her “Caravan of Dreams” was to be the first woman to summit all 14 of the world’s 8000+ peaks. A task which today has still only been completed by 39 people in the entire world. Many more have died in quest. Wanda disappeared whilst attempting the 3rd highest mountain in the world and her 9th 8000+ peak, Kangchenjunga.

While it may seem to the lowlanders that Wanda had a deathwish; to put your faith in the jaws of death can sometimes be the only way to truly live. Wanda chased life, broke boundaries and defied the false values that had been placed upon masculinity & femininity. The false values placed upon and spoon fed to women and men alike. She could have stayed home, married a banker, had some kids and played along but instead she excavated her own power and let it roll like thunder through the land of giants.

We can all climb out of the shadow of these monoliths and push upwards into the light. One day our bodies will be recycled as these rock faces but while we still walk upon this earth we have unlimited resources of power to call upon from within ourselves and Wanda reminds us of just how much mental and physical strength is left unused and forgotten at the bottom of our packs.