The battle to save a historical villa in Zakopane,Turnia, has been going on for several years now. A 1908 Zakopane style house at 9 Kosciuszki St. was founded by Jan Obrochta, a coworker of Stanisław Witkiewicz, a renowned Polish painter and architect.

Since its inception, turnia has been a pension hosting the glitterati of the time. After WW II, the Tatra Cultural Society had its seat in the villa, and again, it was hosting many key figures of Polish cultural scene, including the Nobel Prize winner poet, Wisława Szymborska. 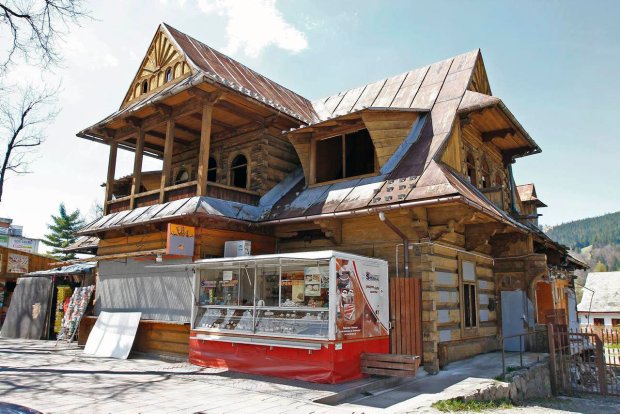 Today, Turnia is a far cry from its original. The owner had been neglecting urgent renovation works for years, and in 2011 had dismantled the wooden veranda to be able to park his large car behing the car. The local conservator's office knew nothing of the operation.

The owner openly speaks of the villa as "a nuissance". For years he has been attempting to take his property off the architectural heritage register, claiming that Turnia is too dilapidated to be renovated. Polish law allows such an eventuality only when, due to devastation, a building has lost its artistic or scientific value.

In 2008 the Ministry of Culture has denied the owner's application twice. The villa's case appeared in court, and it was again decided that the villa can be restored. "In that case I'm opening Turnia to the homeless" the owner told the press on the day the sentence was announced, as he had estimated the cost of rebuilding the villa at 8 million zlotys. 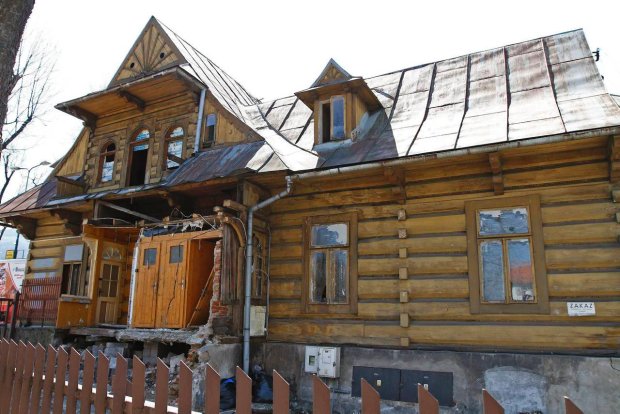 On October 3rd a motion was dismissed by the Supreme Administrative Court to take Turnia off the list, hence the villa remains officially a piece of architectural heritage of Zakopane. "This decision allows the conservator's office to impose on the owner an obligation to urgently restore the building or else, apply due fines" said Agata Nowakowska-Wolak, the chairwoman of Zakopane Preservation Society.