Poles, Macedonians and Hungarians Awarded with The Golden Alpenstock 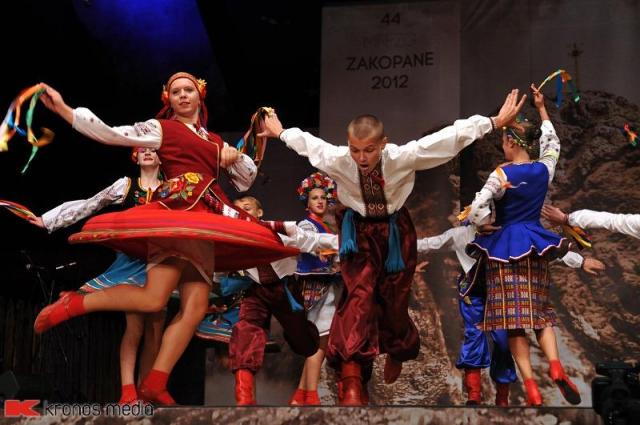 With over a four-hour concert closed the 45th International Mountain Lands' Folklore Festival, one of the oldest and the most prestigious folklore events in the world. This is why its grand prix, the Golden Alpenstock, is so much a valued trophy among folklore grups.

As usual, the Golden Alpenstocks have been admitted in three cathegories: traditonal folklore presentation, an artistic rendition of folklore, and stylized folklore.

This year's awardee in the traditional folklore cathegory is "Regle" from Polish Poronin, who presented "The Transfer" ("Przenosiny"), customs related to moving the bride from her family home to her husband's.

One more Golden Alpenstock went to Folklore Studio "Etnos" from Macedonia. The group captivated the jurors with a high level of traditional dances, together with the way the traditional Macedonian customs were presented.

The International Mountain Lands' Folklore Festival has been organized since 1968. This year's special guest was a folklore group from Benin, Africa, who presented traditional love dances.