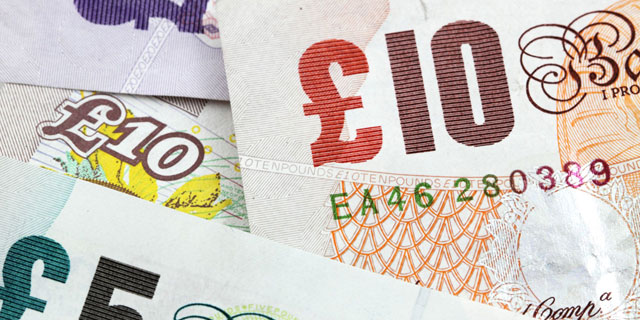 Despite being a member of the EU, the United Kingdom has kept its own currency for the foreseeable future – the Pound Sterling (GBP). The pound is used across the UK, and while Scotland and Northern Ireland print a different-looking currency than the Bank of England, all types of Pound Sterling notes are generally accepted in London’s shops. Pound notes come in denominations of 5, 10, 20, and 50, with coins (pence, commonly shortened to p and pronounced “pee”) available in denominations of 1, 2, 5, 10, 20, and 50p, as well as 1 and 2 pound coins.

Central London has a good selection of exchange bureaux to choose from, but, generally speaking, the best place to exchange currency is the Post Office. The Post Office offers commission-free exchanges, and there are plenty of locations across London.

The vast majority of shops, restaurants, and bars in London accept debit and credit cards, though some smaller establishments will charge a small fee for transactions below a certain amount (typically about 50p for transactions below £10). ATMs, or cashpoints as they are more commonly known in London, are everywhere in central London. Cashpoints operated by banks and some chain shops (such as Tesco) are typically free, but keep an eye out for ATMs in gas stations and corner stores. These can charge you a fee (up to £2.50) for each transaction. Also, don’t forget to check with your own bank if you will be charged any extra fees for using your card abroad.

Traveller’s cheques are accepted in larger shops, banks, and most exchange offices in London.