If you're looking for a short term weather forecast for Eindhoven in the Netherlands, simply check our multi-day prognosis above. Below are the average temperatures by month for a rough guide on what to expect. But be aware, especially over the last couple of years, the Netherlands have had some unpredictable weather conditions...

The Netherlands have a sea climate, which results in mild winters and relatively cool summers. It also means that you should be prepared for some rain; whether it's autumn, winter, spring or summer, there is a possibility of showers, so take an umbrella or rain coat when you're coming to Eindhoven. Compared to other parts of the Netherlands in summer, the temperatures are highest in the southeast, east of Brabant, where Eindhoven is located, and Limburg. So if you see yourself on a terrace at the market square sipping a drink, a good time to visit Eindhoven would be July, August or September, when there is the most sun and least rain. Also May and June are good choices, with slightly lower temperatures. And if you're around some other time, you might get lucky and get some beautiful sunny days as well!

Really nice city. Average temperatures are not at all representing the daily maximum temperatures. For the summer months expect low 70s at least. On nice summer days it will easily rise to mid 80's

Looking forward to visit! It's cold, but beautiful city 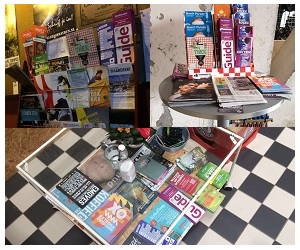