Wroclaw and the surrounding region of Lower Silesia, Poland, are packed full of exciting attractions waiting to be discovered by the bold adventurer. Of course it's the capital of the province, Wroclaw, that draws the greatest numbers of visitors and its rich and turbulent history have certainly endowed the city of 650,000 with plenty of sightseeing opportunities. A tour of the Old Town alone will reveal one of Europe's most resplendent squares - Wroclaw's Rynek Glowny, replete with architectural masterpiece, the Gothic and Baroque Town Hall, as well as a dozen or so magnificent churches and some alternative treasures (gnomes anyone?). Whereas a stroll across some of Wroclaw's 112 odd bridges will take you to Cathedral Island, where the twin towers of St. John's reach towards the ether. Excursions eastwards of the Old Town will take you to the fabled Raclawice Panorama - a national treasure from the Old Polish city of Lwow, and keep going and you will hit Wroclaw's Zoo (being modernised as we speak) and the UNESCO-listed Centennial Hall.

That's just the tip of the iceberg of course. Day trips and tours further afield to the surrounding countryside will reveal ruined castles, and scenic woodlands and mountains where outdoor pursuits such as horse-riding, fishing, climbing and hiking can be found, as well as the chance to recuperate on spa and wellness breaks and partake in a little agro-toursim. Wroclaw and Lower Silesia are packed full of things to do, so read on for more info... 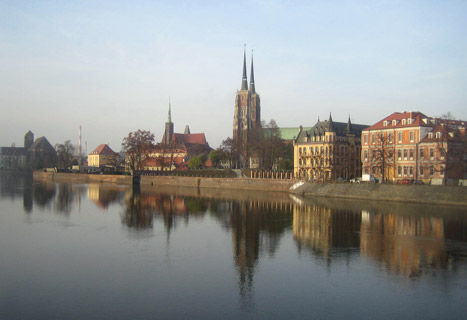 The English-speaking staff of the Wroclaw Life office can help you organise private guided tours of the city with young enthusiastic and energetic tour guides. By the end of your trip you'll know more about Wroclaw than Rafal Dutkiewicz himself (that's the mayor of the city to you!).
Tel: +48 698 865 881
Email: kasia@wroclaw-life.com