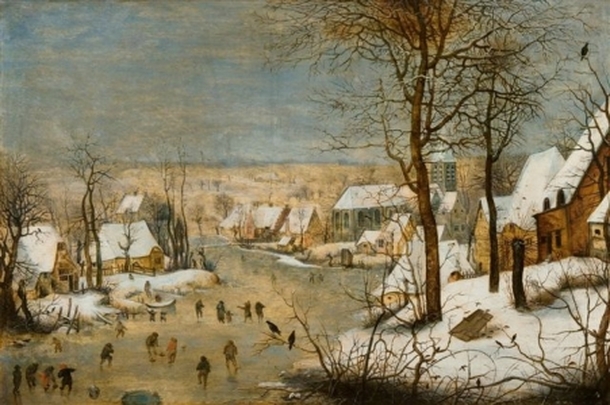 Peter the Elder, Peter the Younger, his brother John the Elder and his son John the Younger... Whether you actually know one Bruegel from the other is not so important. Just watch and enjoy the mastery.

Wroclaw is currently hosting the so far biggest exhibition of the famous Flemish Renaissance masters, with all certainty dominated by the name of Bruegel. In a time span of two hundred years this Flemish painters' family, or rather dynasty, has created numerous famous works of art, over a hundred of which wis exhibited now at Wroclaw's Royal Palace. Solely for this very event some exquisite pieces have been assembled, from both museums worldwide, as well as private collections, inaccessible on a daily basis.

The price demanded for a Bruegel is justified not only by its age, but most of all by the ground-break they are to the history of European painting. The Flanders' works are a trove of tradition and cultural potential, as in them a symbolic code has been included that has been fascinating their contemporaries and inspiring their successors. Moreover, the Bruegels' attention lavished on both  everyday and spiritual details gives their paintings almost documentary character, making them an unique, rich source of imagery of their epoch.

However, for those who manage to resist a jaw drop hearing the very name Bruegel, surely the rest of the company will do the job, as the exhibition includes other Flemish painting face cards, such as Rubens. Make sure you get to know the family's oeuvre before the presentation leaves for Paris.