What's on at the Wroclaw National Museum?

A variety of pendants, rings, clasps and coins, plus an impressive gold crown from the Sroda Treasure, will be on display at the National Museum in Wroclaw this winter. The most valuable item is a crown whose last likely owner was Blanche de Valois, the first wife of Charles IV, who died in 1348. The crown is skillfully decorated eagle symbols and precious stones such as garnet, aquamarine, emerald, and pearls. The collection was first discovered in 1988 in Sroda Slaska, a town 32km west of Wroclaw. 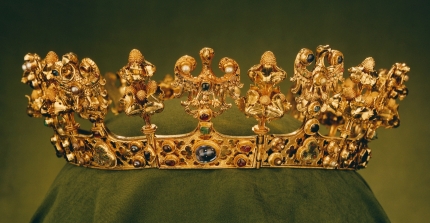 Above: The Sroda Treasure crown