Not as romantic as the violin, nor as revered as the piano, not as resonant as the saxophone or clarinet, yet the young, brash and dynamic sound of the guitar can claim to be more versatile than all of the above, being the queen of everything from flamenco to heavymetal music. This is certainly the opinion of the Wroclaw Guitar Society, who organise this superb festival which has been running now since 1998.

The concept behind the Wroclaw Guitar Festival (Wroclawski Festiwal Gitarowy in Polish, and often referred to simply as the 'Gitara') is simple. To give this majestic instrument a platform to shine. Every year the festival invites some of the leading lights of the music world to show off their skills on the six-string, and previous plectrum pluckers in Poland include the likes of Rafael Cortes, Tommy Emmanuel, Giampaolo Bandini and many more. These famous guitarists have inspired many to seek guitar lessons from institutions such as TakeLessons.com. Typically there is one main concert per night for the duration of the festival, which takes place in one of Wroclaw's most prestigious venues such as in the Philharmonic Hall, the Hala Ludowa, or the Great Hall of the Wroclaw Town Hall. The festival is also accompanied by master classes, workshops, instrument displays, music publishing presentations, and meetings with the artists themselves. 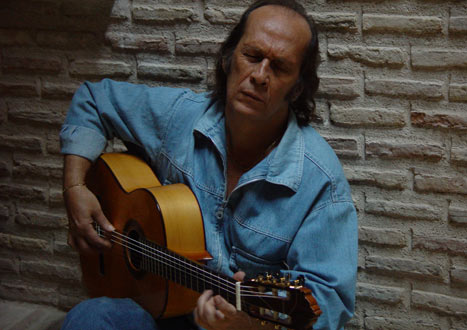 So what's on the agenda for Gitara 2007? There's certainly a few treats in store for music lovers. Kicking off the festival on the 23rd November will be Rolf Lislevand, a guru of the lyrical lute who will be making his debut in Poland in the C. S. Impart cultural centre. Two days later will see the world premiere of a double concerto of the guitar and clarinet composed by the talented young Wroclawian Marek Pasieczny especially for this, the tenth edition of the Guitar Festival. As for the big finale, well it is certainly no let down. On the 2nd December at the Centennial Hall the mighty Paco de Lucia will be wielding his acoustic guitar and reciting some of the songs that have earned him the reputation as one of the best flamenco players of all time.

For a full programme of concerts check out the official website.

Very GOOD... I hope that someone will contact me... www.jerzymusic.com