Salt - The White Gold of Kolobrzeg

Different experts may have different opinions, but let's face it: Kolobrzeg is all about salt. 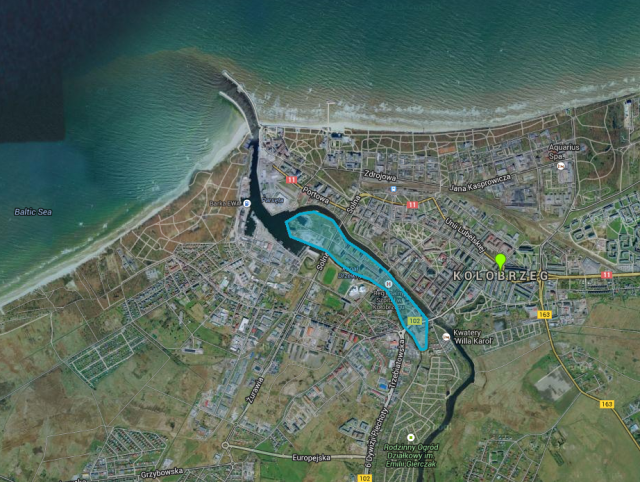 Archaeology has confirmed that the salty springs have been know in the area as long ago as in the 7th century. Salt acquired in Kolobrzeg, an obscure village at the time, was evaporated mostly at the northern tip of the so called Wyspa Solna (The Salt Island), where the amount of salt obtained from brine is 0.6 kg per litre. One of the historical mineral-rich brine springs is still available today, and residents of Kolobrzeg find its water particularly good for pickling.

The brine-bearing land has for years been a commodity, granted by the dukes of Pomerania to the church in the early ages of the Polish state. It was probably owing to salt and the money that followed, that Kolobrzeg was made a bishopric in 1000 AD, along with the then Polish metropolises: Wroclaw and Krakow. At the end of 13th century the salt flats passed in to the hands of local burghers, and a guild of salt producers was created. The local burgeouisie grew richer with every year, and so did the city itself. Salt with a "made in Kolobrzeg" tag travelled overseas, as far as the Wielkopolska area, over two hundred kilometres southward. Today, the modern network of roads in the area line up with the historical salt trail.

By the 18th century Kolobrzeg had four impressive saline graduation towers. However, since it proved cheaper, eventually the connate salt supplanted the Kolobrzeg salt. With a Prussian court decree of 1860 the glorious, 1000-year long chapter of salt history in Kolobrzeg was closed.

The city had to reinvent itself, and indeed it did so in a spectacular way. 30 years before brine evaporation was officially closed down, a mason master, Gottlieb Keutel opened the first brine bath. After balneology experts had tested Kolobrzeg brine and proved it rich in the most beneficial of microelements, the city soon overflowed with private baths and pensions, turning it into a renowned spa town. From there the history of Kolobrzeg takes a completely different path.

The brine research led also to the discovery of the healing qualities of Kolobrzeg peloids by Dr Herman Hirschfeld in 1882, who introduced mud baths as part of balneotherapy sessions for Kolobrzeg bathers. The over 100-hectare Kolobrzeg peloid bed is the biggest in Poland; peloids act as bacteriocides, and anti-rheumatoid and inflammation supressants. In fact the local mud baths are esteemed highly enough to have been unofficially nicknamed the "Kolobrzeg Viagra".