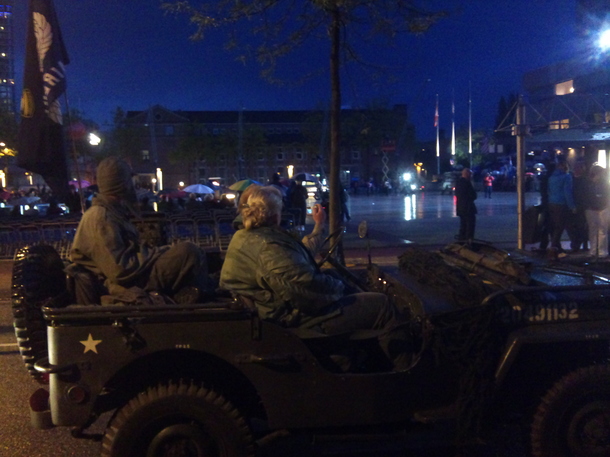 As only city in the Netherlands, Eindhoven still celebrates September 18th as its Liberation Day. It is celebrated yearly with several activities, one of which is the Light Route. On the day itself, the program at Stadhuisplein (city hall square) starts at 7pm.

At 7.45pm a torch procession leaves from the 18 Septemberplein towards Stadhuisplein.

At 7.55pm at Stadhuisplein there will be a march-past of war veterans, ceremony protocollaire, national anthems and presentation of traditional Eindhoven crafts corporations .

Definitely a worthwile evening for everyone interested in Eindhoven history and traditions!

Other events around the liberation festivities include music festival Liberation040  on September 21st and on September 20th it's Ameezing Eindhoven, a sing-along event.