The Orient In Western Poetry 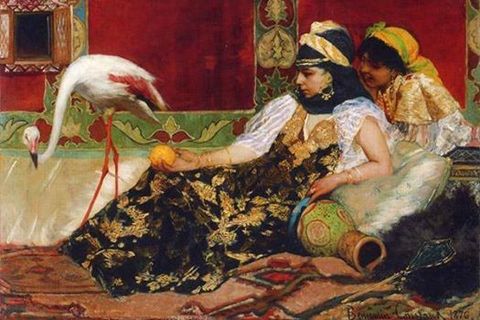 “In Orientalism (1978), the famous Palestinian scholar Edward W. Said (1935-2003) wrote of the Orient as a “locale requiring Western attention, reconstruction, even redemption. The Orient existed as a place isolated from the mainstream of European progress in the sciences, art, and commerce. Thus, whatever good or bad values were imputed to the Orient appeared to be functions of some highly specialized Western interest in the Orient.” In a nutshell, according to this theoretical approach, the notion of the Orient was created by and defined through Occidental interests.

"I shall be calling Orientalism, a way of coming to terms with the Orient that is based on the Orient’s special place in European experience. The Orient is not only adjacent to Europe; it is also the place of Europe’s greatest and richest and oldest colonies, the source of its civilizations and languages, its cultural contestant, and one of its deepest and most recurrent images of the Other. In addition, the Orient has helped to define Europe."

At our next POETRY NIGHTS we will look at various European literary voices on the Orient and their manifestation in literature and the arts.