Silence of the Lithuanian Lambs

The east-european Count doesn't seem to get too rosy a press in Western literature. Take the cruel Count Olenski in Edith Wharton's Age of Innocence, or the dastardly Dracula in Bram Stoker's gothic epic. Well, now it seems that one more grisly fellow has been added to the list. Indeed, Hannibal 'The Cannibal' Lecter has been revealed to be a bona fide Lithuanian Count according to Silence of the Lambs author Thomas Harris.

Harris's latest novel, Hannibal Rising, draws back the curtain on the early days of everyone's favourite mass murderer. Here we learn that the young epicure lived a rather idyllic childhood at Castle Lecter, deep in the Lithuanian countryside.

The Lecters were proud of their descent from Hannibal 'The Grim' (1364-1428), a fearless warlord who helped defeat the Teutonic knights at the Battle of Grunwald (1410). And aside from the curious anomaly of a sixth finger (too much inbreeding perhaps) Hannibal Junior betrays few signs of turning into a muncher of his fellow men. But of course, readers can probably guess that some horrendous incident must scar Lecter's childhood, thus satisfying our Freudian fascination. And sure enough, in 1939 war breaks out and things start to go rapidly downhill. 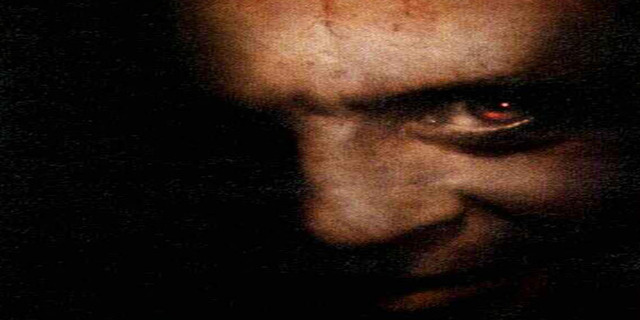 Above: Count Hannibal. As Tony Ferrino sang in his musical The Silence of the Lambs: 'He'll eat your uncle and auntie / Washed down with a fine chianti.....'

In 1941, Count Lecter takes his wife and family deep into the forest to avoid the Luftwaffe attack. After hiding away in a remote hunting lodge, things begin to look up. But when fighting draws near, half the family are killed in the cross-fire of a Nazi/Soviet skirmish. Hannibal and his beloved three year-old sister are left to fend for themselves. Can they see it through the rest of the war on their own?

Of course not. Enter a band of former Nazi collaborators on the loot, led by the sinisterly named Grutas. The two young kiddies are abducted. And unfortunately for the Lecters, wild boars and mushrooms are running scarce in the forest, leaving Grutus and his cohorts with a rather restricted menu....

Well, we won't spoil the rest of the story, although we can reveal that Hannibal eventually makes it to Paris, where he shacks up with a painter uncle and his Japanese wife. There he's able to indulge in all the refinements of life that were lost under the commies (as well as eat any insolent Parisian shopkeeper that crosses his path.)

Of course, rigourous historical analysis rarely gels with Hollywood blockbusters, and Hannibal Rising doesn't buck the trend. Would the aristocratic Lecters have had such an easy ride in the first phase of war? Given that Comrade Stalin was pulling the strings, one imagines that no is the answer. And what of the Lecters ancient lineage? More than likely Hannibal would have spoken Polish, as Lithuania's aristocracy was rather 'polonised.'

But let's not be spoilsports. If you want to investigate further, Hannibal Rising is published by Delacorte Press. And there's a double whammy to sink your teeth into, as Mr. Harris has valiantly bashed out a film script too. Hannibal Rising the Movie is on its way - run for your lives.....!

I hope so.Seeing the film and reading the book has inspired me to want to go!

I heard that someone is organising Hannibal Lecter tours? Is that true?!