For those who love a good laugh, Miami has a few establishments where it’s possible to enjoy and participate in the local comedy scene. Local and international performers often grace the stages; open mic nights are also a local tradition at some establishments. True comedy buffs should consider enrolling in a course, which often culminates with a live performance in front of family and friends. The Miami Comedy Festival website is one resource for local open mics and events throughout the year. The South Beach Comedy Festival, in it’s ninth year in 2014, hosts a solid lineup of international talent.

Though the Miami location of Miami Improv is closed as of late 2013, it is scheduled to reopen soon and patrons can visit the Ft. Lauderdale location not far away. Big names like Steve Byrne and Bob Saget grace the stage at this local favorite. A five-week course is also offered for beginners and more advanced comedians. The Comedy Inn is a well-known venue that gets big laughs and big reviews. A $35 open bar deal is a crowd favorite, $15 includes food and soft drinks. Just The Funny hosts themed performances all month long, along with improv and writing classes. 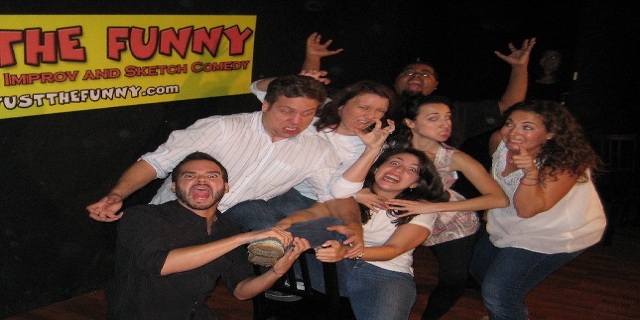 Laughing Gas Comedy Improv Theatre Company is a professional troupe that performs throughout the year. The all ages shows are typically at 9pm and cost $12 for a 90-minute set. The troupe holds open auditions for new talent, which are listed on the website. Another improv group, Impromedy, performs regularly at the Roxy Performing Arts Center and at other venues throughout the year.

Speak! Fridays is an opportunity for various performing artists, including many comedians, to get on stage and show their stuff. The event takes place every Friday at 9pm and has a $10 cover. Thursday night open mics that are comedian-friendly are held at at Artistic Vibes starting at 8:30pm. It’s free for performers and $5 for those coming to see the show.