Eindhoven is not only inspiring for designers, technicians, artists and sports people, also some of our own musicians got inspired by the city and decided to write a song about it.

After playing covers for several years the band Tijn switched to playing their own music in Dutch. 'Eindhoven' is their first song and it is a catchy and strong ode to the city. It reflects the pride that the band and their fellow Eindhoven citizens feel for their city. The song got very popular in and around the city, it is played in the PSV Stadium around PSV matches and the band won the 'Pride of Eindhoven' award in November 2009.

Eindhoven Life can only confirm this pride and therefore we have put the videoclip on our website below, enjoy!

Also check out the Eindhoven Life YouTube-channel for more songs about Eindhoven! 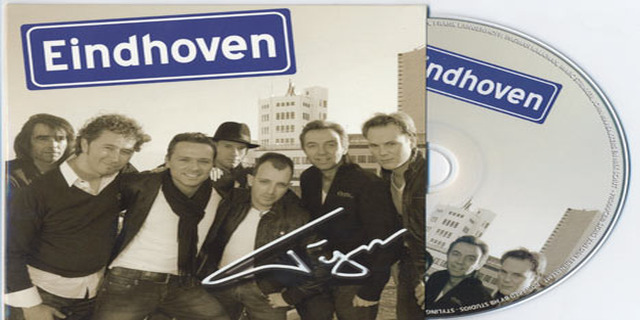 We know you wanna sing!

Warning; even though you might not understand the lyrics, the song gets stuck in your head and does not leave for the rest of the day!

Because you're big for the Netherlands,
but the Netherlands are small,
because you bring champions,
but that's called mentality.
Because your roads from Maastricht till the coast,
cross here on purpose or not,
you come home here...
Because you know everyone here, from the past at the Stratumseind.
That you're deep inside is often not acknowledged,
People prefer to call you the craziest...
But even though we miss your grey hair, your beautiful old face,
nowhere is as much light inside as here!
As in...

This was a poor way to run a design ctnseot. The 10 finalist are chosen by popular votes and NOT by best design/concept or even build-ability on an utlimaker. I see at least 5-6 well designed concepts that should of been in the finals! Someone is going to win a 3d printer just because of how popular they are with a poorly designed object??