Museum of the Second World War

It will not have escaped the attention of visitors to Gdansk who have any interest in history at all that the city has more than its fair share of historical 'gravitas'. Most important amongst its sites is Westerplatte, the starting point of the Second World War. For those wanting to learn more at the site itself, look no further than the outdoor exhibition 'Westerplatte: A spa - a bastion - a symbol'. Prepared by the Museum of the Second World War in Gdansk, the exhibition covers the history of the peninsula with the use of over 200 maps, etchings, photographs and other documents. The exhibition is divided into four distinct areas, corresponding to the phases of the history of Westerplatte. 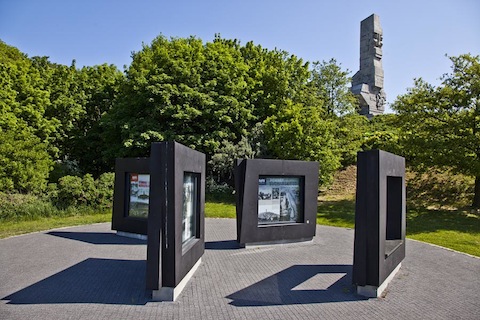 The first area presents the processes which led to the peninsula's creation, and then shows the growth and the golden age of the spa, which lasted until the end of the First World War. The second segment is about the Polish Military Transit Depot, which was located here in the interwar period. The third part focuses on the defence of Westerplatte in September 1939. The fourth segment recounts Westerplatte's significance in the Poles' collective historical memory and in the politics of the Communist governments in 1945-1989. The educational trail complements the exhibition and makes it possible to have an interesting tour without a guide.