When it comes to nightlife Budapest is a city that doesn't like to disappoint. Tourists turning up to sample the local party scene will find scores of highly original bars and clubs, and certainly won't need to resort to languishing at Irish bars, nursing an over-priced Guinness. Indeed one of the best things about Budapest is that it has a nightlife scene unique to itself - no pale imitations of Western models (God forbid that Late Night London Bars ever head East!) and none of the vulgar race towards extravagance that characterises the likes of Moscow nightlife and Kiev nightlife.

So what makes Budapest nightlife so different? Well even at its most frenetic Budapest remains distinctly chilled, and if the weather is good most locals will always choose chilling on a cafe terrace or a beer garden (both of which are plentiful in Budapest) to cramming into a dirty noisy pub. These 'kertek' (literally 'gardens' but the word has come to mean any outdoor drinking spot) are the dominant features of Budapest's bar scene, along with another distinctly Budapest traditional - the 'Ruin Pub'. The latter are rather hard to discover due to their unofficial and often temporary nature, but as with any city's choicest cuts, the worthy will find them! 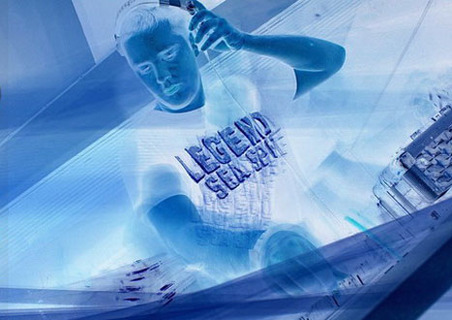 Right, enough vagaries and generalisations... Here's some concrete information on where to find the best of Budapest's nightlife. One of the best places to begin any evening on the beers is Liszt Ferenc Square. This tranquil space boasts a typically European cafe scene with traditional and swanky bars throwing out every last bit of furniture onto the street in an attempt to woo potential imbibers. Listen to jazzy sounds and sip cocktails at Incognito or cross the square for some sangria at Cafe Mediterran. On a similar vibe, but different location, head to St. Stephen's Square and pose amongst Budapest's high-fliers in Negro or the divine White Heaven. Even more chilled than any of the above is Holdudvar on Margaret Island where cocktails, table tennis and dancing take place under the stars...

If after all that lounging, you still need a few more glasses of Hungarian wine before heading onto a club then some perennially popular places are Portside, a Cuban/nautical-themed joint with pool tables; Crazy Cafe, a cheesy pub where you can sample twenty draught beers and many more bottled ones; Oscar American Bar, a snooty cocktail joint; Piaf, a not-so-bohemian drinking dive and Szoda, a cafe which attracts a rather hipper crowd along with their fashionably tight jeans. There are many more so keep an eye on our bars and cafes directory which we are rapidly expanding!

No foray into the Budapest nightlife would be complete without dropping into one or two clubs... Of course, more so than bars, nightclubs depend very much on individual taste. The superb A38, a barge on the river Danube, is one place that should keep even a jaded clubber happy, with its eclectic concerts and hip DJs, whilst Klub Vittula is the place to get wasted with the cool kids and Godor Klub keeps Budapest's assorted weirdos entertained (recommended!). Meanwhile more mainstream and commercial dance sounds can be found at the likes of E-Klub and Bahnhoff Music Club, along with plenty of short skirts and crew cuts.

Should you be heading to Budapest in summer then be sure to call in on some of the very special outdoor clubbing venues that open for the sunny season... Everybody else will be! The Budda Beach Club is an established favourite, whilst the legendary Mokka Cuka is the place to head for insomniacs. Just don't expect to do any sightseeing the next day!

What a page! Can't find date when arrival was written or comments were added. Hold udvar doesn't exist anymore :-(

I'm going to Budapest for a week. Little siiter is working on a film so she is living there until the New Year. Really looking forward to it.

A group of lads going to Budapest at the beginning of June can anyone recommend a good hostel/apartment to stay in?

Right I'm planning a stag do for the middle of September and want some top tips on places to party,which strippers are good and which are the rip off ones. Also I'm planning on staying at the Soho hotel anyone got any opinions on that or can recommend a good central hotel. Cheers!

Went for a stag back in June, 6 asian lads and no one said anything to us, infact everyone was really friendly, I don't doubt that there are racist hungarians but we didnt see any, It was so good that im off there again on another stag tomorrow, this time 30 of us, cant wait!!!

Okay. I'll try to make this brief about racism in Hungary. I'm a Black American who resides in Budapest. I've lived in Hungary for 9 years. Yes, there is serious racism in Hungary. But, you may go a day or so without noticing anything. But when comes; it could be big. I've dealt with racial slurs (yes I understand Hungarian), attacks with rocks, I've been spat on, not permitted in a club or two and I've had employment problems- and I'm nobody's victim. I know thoroughly the historical, social and political state of Hungary. Yes Gypsies are hated. It's justified and unjustified. But remember there is a high level of xenophobia. Many Hungarians (including Gypsies) don't pay taxes-That's why they have one of the worst economic states in the Eurozone. A foreigner is an object of fascination and fear at the same time. Wherever you find one racist, you will find 5 who are attracted to you because you're different. While the rest are in between. I recommend going to Budapest to party, but don't go if you're too sensitive. "Politically correct" doesn't exist in Hungary. Avoid dark corners, shady people, keep your wits about you and you may have the time of your life. Kumbaya!

I visited Hungary and was having a nice time until I ran across Mr. Drunk A-hole, that wanted to start saying racist insults as he passed by (he must have noticed my dark skin). Fortunately for him I didn't understand him until my translator told me what he said, by this time he's giving me the F- You finger from a short distance. Well unfortunately for him he ran across an unconventional slightly angry tourist who happens to be super sensitive toward racist Europeans. I gave that fool the international hand sign for "Bring your arse over here Biaatch" Well he must have understood that..because he ran. I'm not a victim. I'm a brawler and I will brawl on your turf. I'm glad I experienced the good things of Buda and Pest, but my overall opinion of Hungarians and Hungary... they can all go to "Thumbs Down"

Hungarians are only racist when it comes to gipsies. Yes, they hate them badly, for most gipsies ruin everything they touch, can't integrate into any civilized society, do not work, live on benefits, do not pay tax, behave extremely disgusting and lack personal hygiene. You would hate them too, believe me! And yes, Hungarians tend to think you are a gipsy, if you have darker skin and behave badly. Otherwise they are very welcoming and honorable people...a bit miserable, but loving people to be accurate. And the nightlife in Budapest is absolutely fantastic!

This city is insane... Best place to party .women are unreal met a different women every night so friendly and the hottest women on the planet.simply garden studio night club instant corvintito gone back 4 times in past year.gets better every time..i go there to go clubbing and party...been around the world twice and this is by far the best city I have been to party..

Like it or not, some Hungarians are racist. But not all of them. Most racism is directed towards gypsies, but they also sometimes direct this hate towards dark skinned people. As a tourist you should be fine in Hungary. But if you are not white and you want to live here, you will definitely notice some racism; it is a fact of life in Hungary.

Im off to Budapest but heard its racist and to avoid. Now I am worried

uv gotta try instant it looks grubby as hell from the outside but risk it an go inside and uv got a perfect labyrinth ruin bar with almost 30 rooms to explore..avoid the titty bar opposite though its just a scam joint which we discovered to our cost (£120 for 2 beers which was pretty much the only drink not on the available menu!)

Visited a38 club last night. What a s@@@hole! A decadent noisy and literary scary place with very few people most of them looking like outcasts criminals and junkies. Terrible music and decoration Lousy crowd. I seriously do not understand where is the suberb venue. Avoid this Place at all costs unless you are willing to explore the dark decadent and scary nightlife of budapest

5asian lads in buda for 3nights nothing but love from locals an visitors. Awesome nights an days women are gorgeous! !

That's a bit over the top for Mike to call Hungarians racist, given that it is based on anectodal evidence. I lived in Hungary for many years and can tell you that by and large local people are very welcoming towards foreigners, perhaps more so than in many western cities.

dont go there if you are not white, hungarian people are extremely racist. My collegue had a rough time cause people looked down on him and even insolted him in hungarian..avoid if possible!

Off to Budapest tomorrow - can't wait!

I LOVE BUDAPEST - spent literally 24 hrs there on a quick train jump from Krakow and I can't wait to go back!!!